Home » Cricket » T20 World Cup 2021: Across formats, you would have to say New Zealand is the strongest team at the moment – Michael Atherton

T20 World Cup 2021: Across formats, you would have to say New Zealand is the strongest team at the moment – Michael Atherton 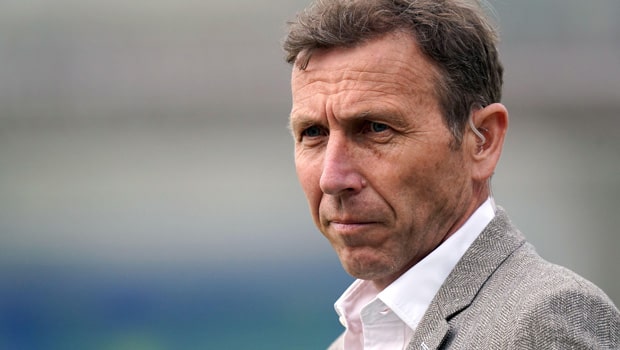 Former England captain Michael Atherton has rated New Zealand as the strongest team at the moment across formats. The Kiwis made their way into the final of the T20 World Cup 2021 after beating England by five wickets at the Sheikh Zayed Stadium, Abu Dhabi on Wednesday.

Thus, the Kiwis have been the most consistent teams in all three formats of the game in major ICC events and their records speak for themselves.

Speaking to Sky Sports, Atherton said, “They are an outstanding team, in all formats of the game really. They are through to another World Cup final, they were a sliver away from winning the last World Cup in 2019, they are the World Test Championship winners. Across formats, you would have to say they are the strongest team at the moment so congratulations to them, a fantastic achievement with limited resources in terms of personnel and money and things that we’ve often talked about.”

Meanwhile, England was ahead in the game against New Zealand till the 17th over. However, Chris Jordan conceded 23 runs and it was the turning point of the game. Atherton stated that things changed quickly as England were favorites for the major part of the game.

“It just changed so quickly tonight. For a long time in that chase, I thought England was ahead of the game. The pitch looked two-paced and sluggish, no one really got going and suddenly Neesham comes out and changed that game with some fantastic hitting. I’m going with Pakistan, I think they have got the best and most varied attack in this competition.”

New Zealand has been a consistent unit in all three formats of the game and they have always played up to their potential. The Blackcaps will look to clinch their maiden T20 World Cup title as they will face either Pakistan or Australia in the final.