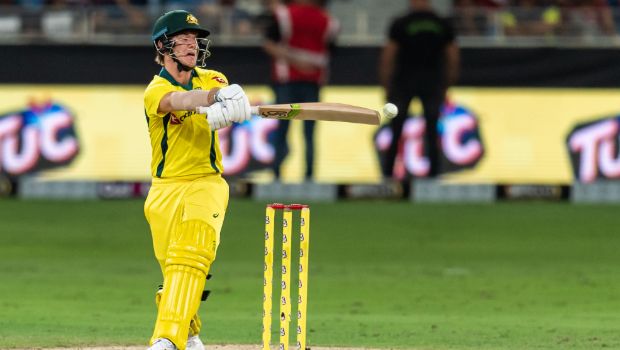 Australian captain Aaron Finch was all praise for Adam Zampa after the leg-spinner came up with a match-winning performance against Sri Lanka at the Dubai International Cricket Stadium on Thursday.

Zampa scalped two wickets and conceded only 12 runs in his quota of four overs and thus he was awarded the Player of the match.

The leg-spinner got the big wicket of Charith Asalanka, who was looking good after scoring 35 runs off just 27 balls. Zampa then dismissed Avishka Fernando as beat the right-hander in flight. The leggie also conceded his runs at an economy rate of only four and breathed down the neck of the opposition batters with his skills.

Thus, Zampa played a key role in restricting Sri Lanka to an under-par score of 154 despite the fact the Dasun Shanaka-led team got off to a good start.

On the other hand, David Warner also got back into form as he scored 65 runs from 42 balls and helped his team get over the line. Warner looked at his best and played at the top of his game.

When asked whom he would have picked for the Player of the Match award, Finch said: “As a batter, I would love a batter (Warner) to get the award but when you’re looking at the impact on the game, Zamps was terrific tonight. He was fantastic, got big wickets. That was a world-class performance from him,” he said.

Meanwhile, Adam Zampa admitted that the pitch was slow, which helped him in getting the best out of the track. Zampa bowled in the right areas and reaped rewards for the same.

On the other hand, Dasun Shanaka feels his team was short of a par score by 25-30 runs and the middle-order collapse led to the downfall of the team.

“I have to admit that wicket was too good. Got the start we needed but in the middle phase we couldn’t capitalize. Losing good batsmen in the middle cost us. The other day Asalanka took us home. The batsmen who get set need to continue till 15-16 overs. That’s an area we have to be concerned about. Felt we were 25-30 runs short.”

Australia will next face arch-rivals England on Saturday.