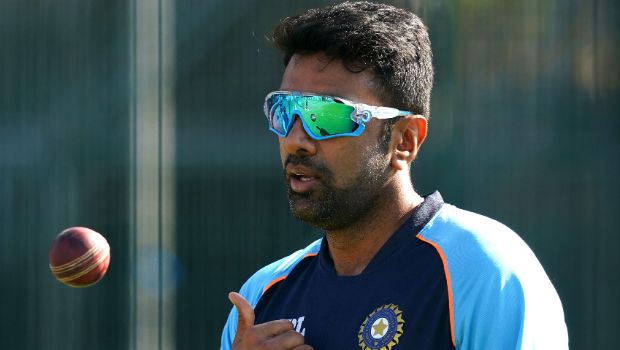 Ashwin was playing his first limited-overs match after four years gap and he was able to grab his opportunity.

The veteran off-spinner scalped two wickets and conceded only 14 runs in his quota of four overs as he bowled at the top of his game. Ashwin plumbed Gulbadin Naib in front of the wickets and then bowled Najibullah Zadran.

Meanwhile, Ashwin replaced Varun Chakravarthy in the final XI against Afghanistan and delivered the goods for the team. The off-spinner bowled in the right areas and troubled the opposition batters with his variations.

Aakash Chopra said on his YouTube Channel, “We saw Jaddu and Ashwin playing together in blue clothing after a long time. Both bowled very well. Ashwin’s spell was sensational. The numbers are worth talking about. Ashwin gave just 14 runs in four overs and took two wickets.”

On the other hand, Ravindra Jadeja also bowled a tight spell as he scalped a wicket and conceded only 19 runs in his three overs and thus he did a fine job.

“And those wickets were top-order wickets – Gulbadin Naib and Najibullah Zadran. Both are dangerous players and you got both of them out. Jaddu also gave 19 runs in three overs and took a wicket. So, seven overs between the two of them – 33 runs and three wickets. Well done, spin twin.”

Meanwhile, Shardul Thakur was expensive as he conceded 31 runs in the three overs he bowled. Chopra feels India can ponder to include one spinner in place of the seamer.

“Shami had three wickets in his kitty. He got hit a little but Shardul Thakur actually got hit a lot. That’s a question now you will have to start answering, whether you should play a third spinner instead of Shardul.”

“Hardik has started bowling a little, that’s another big positive although he was expensive. He gave 23 runs in two overs and Shardul gave 31 in three. So there is a possibility that you play a third spinner, who can be Rahul Chahar or Varun Chakravarthy.”

India will play against Scotland on Friday at Dubai International Cricket Stadium.