Home » Cricket » T20 World Cup 2021 – Australia had a good fortune to win the toss when it really mattered: Ian Chappell

T20 World Cup 2021 – Australia had a good fortune to win the toss when it really mattered: Ian Chappell 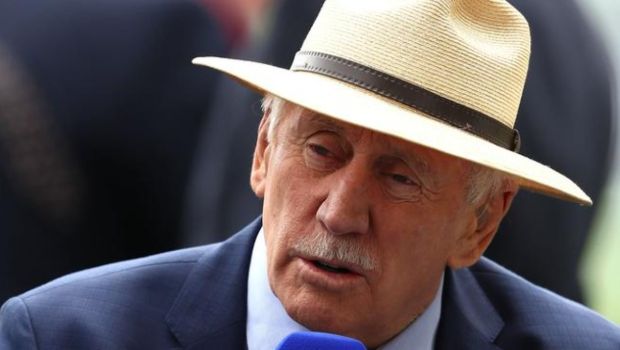 Former Australian skipper Ian Chappell reckons Aaron Finch-led team had the rub of the green on their side after they lifted their maiden T20 World Cup title recently by beating New Zealand in the final by eight wickets.

Australia had entered the tournament as an underdog but went on to surprise one and all as they were able to go all the way.

The Aussies finished at second place in the group of death which had teams like England, South Africa, Bangladesh, Sri Lanka, and West Indies.
Australia won both their tosses in the semifinal and final contest against Pakistan and New Zealand respectively and created history. In fact, New Zealand had also won the toss and had gone on to win against England in their semifinal contest.

Thus, most of the matches were won by teams that won the toss and decided to bowl first in the UAE.

Noticing the same, Chappell wants ICC to ensure that game doesn’t become a matter of winning the toss and winning the match.

Chappell wrote in his column for ESPN Cricinfo: “They clinched the trophy by clouting deliveries to and over the boundary while producing a mixture of bowling that combined just enough wicket-taking with the right amount of containment. They also had the good fortune to win the toss when it really mattered, in a tournament where the major matches too often became a “win the coin flip, win the game” event. That was one of the major flaws in a tournament that achieved quite a lot of success.”

The former Australian skipper feels in order to achieve more success in the T20 format across the globe, the ICC will need to make sure there is a good balance between bat and ball and results don’t solely depend on the toss.

“There’s an appeal for a worldwide T20 tournament featuring contests between nations. In addition, there’s widespread clamour for franchise cricket, which is increasingly popular and has experienced enormous success. However, there needs to be a wide-reaching survey into the changes required to improve the T20 format. To make it even more popular than it is, tournaments have to include a way to ensure the game doesn’t become a matter of winning the toss.”

Meanwhile, it is well known that the T20 format is tilted in favor of entertainment and Chappell feels balance should be maintained for its bright future.