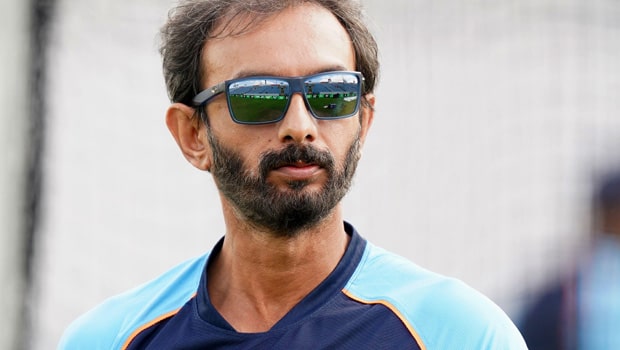 India’s batting coach Vikram Rathour has slammed the Dubai pitch and stated that batting first on these pitches hasn’t been easy for the team. Team India had lost the toss in both of their matches and had to bat first when the conditions haven’t been easy.

In fact, India has experienced batters like KL Rahul, Rohit Sharma, Virat Kohli, Hardik Pandya, and Rishabh Pant but they haven’t been able to hit the ground running in both matches.

“Batting first on these surfaces is not easy. Any team who are batting first is struggling. We failed to execute the big shots but it is more to do the surface,” Rathour told reporters.

On the other hand, the Indian batters failed to rotate the strike at regular intervals in their second match against the Kiwis. Indian batters faced 54 dot balls while they could only score eight fours and two sixes.

“Strike rotation has been an issue in the middle over against New Zealand. On this surface it is difficult to rotate the strike. I am not saying only we have struggled, every team batting first are struggling,” said Rathour.

However, Rathour also feels it is imperative to adjust to the playing conditions but the team hasn’t been able to bring their best to the table despite playing in the same conditions during the IPL 2021.

“But being a world champion, you have to find a way to win against all the odds, and we have failed to do it,” he added.

India will look to bounce back stronger against Afghanistan and they will take on the Mohammad Nabi-led team on Wednesday at the Sheikh Zayed Stadium, Abu Dhabi.