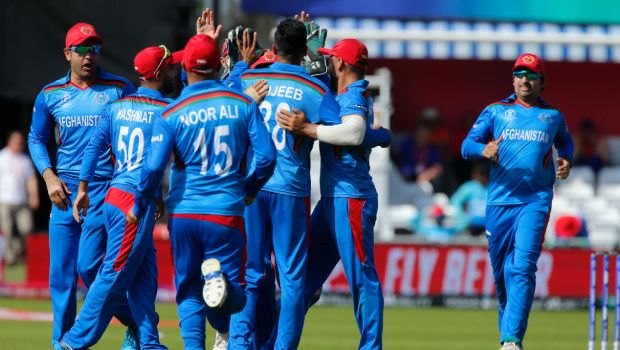 The game against Afghanistan will be a must-win game for Virat Kohli’s side as they have lost their opening two matches against Pakistan and New Zealand.

On the other hand, Afghanistan has won two matches out of the three they have played and they had given a run of the money to Pakistan, which has been the best team of Group 2. Thus, the Afghan team has the skills to surprise out-of-form India.

Afghanistan has spinners like Rashid Khan and Mujeeb Ur Rahman, who both can bamboozle the best batters in the world. Furthermore, the Afghanistan batting line-up is in decent form and they are putting the runs on the board.

On the other hand, India is struggling with its batting unit. India could only manage 151 runs against Pakistan while they scored a paltry score of 110 runs against the Kiwis. Moreover, India hasn’t been able to deliver with the ball in the first two matches.

Harbhajan Singh said while talking to Sportskeeda, “You cannot take Afghanistan lightly, they are a very good and mature team. They have decent batters and their spin duo of Mujeeb Ur Rahman-Rashid Khan is a lethal combination. This format is such that, till the end, you cannot predict which team will win or lose. The team that is ahead after the first six overs is likely to have the advantage. The chances of making a comeback become very slim after that.”

Meanwhile, India has won both of their T20I matches against Afghanistan but the Turbanator feels the past records hold no value in the big match of the T20 World Cup.

“As a cricketer, I don’t believe in past records. I find stats useless. What has happened before, we cannot assume that it will happen again. If that was the case, we beat Pakistan 12 times, and we should have won the 13th time as well. We cannot change the past. What matters is how we play in the present. We had beaten them earlier but that Afghanistan team was in the making, now they are ready. That’s a big difference. This Afghanistan team is capable of defeating big sides.”

India and Afghanistan will take on each other at Sheikh Zayed Stadium, Abu Dhabi today.