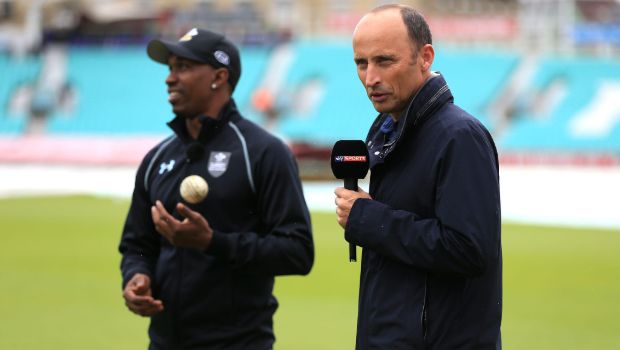 England had their noses in front against New Zealand in the first semi-final at the Sheikh Zayed Stadium, Abu Dhabi on Wednesday but they went on to lose by five wickets.

New Zealand needed 57 runs in the last four overs and England were favorites at that stage. However, the turning point of the game came when Chris Jordan conceded 23 runs in the 17th over. Adil Rashid then went for 14 runs in the 18th over and Chris Woakes was taken for 20 runs in the penultimate over as the Blackcaps won with an over to spare.

Chris Jordan is well known for his death bowling expertise but he bowled length balls to James Neesham and he was punished by the left-hander. England clearly missed the services of Tymal Mills, who was earlier ruled out due to thigh injury.

England were not accurate in the death overs and they had to pay the price as James Neesham took the game away from them with his blistering batting as he scored 27 runs from only 11 balls to get the required run-rate in check.

Nasser Hussain wrote in his Daily Mail column, “Just as England’s death bowling cost them in the final of the last Twenty20 World Cup when Ben Stokes went for four sixes, so it did again here on Wednesday night. It is the one aspect of their game that the England team have not consistently got right. Everything had gone perfectly for England in this semi-final until the 17th over of New Zealand’s reply but Chris Jordan will be the first to admit he just got it wrong.”

Hussain reckons that England should have included David Willey to strengthen their death bowling after Jason Roy was ruled out due to calf injury.

“There is an old truism in cricket that you become a better player when you are not in the side but how Tymal Mills was missed in those closing overs. Equally, it is easy to say with hindsight that David Willey should have played once Jason Roy had been ruled out of the semi-final to give England another bowling option and a left-arm angle in the absence of Mills.”

Hussain added that Jordan’s death bowling hasn’t been good in the last year or so. Jordan was well off the mark in the 17th over he bowled and it was the turning point of the game.

“I have been saying Jordan’s death bowling has not been quite as good in the last year or so and that is maybe because Eoin Morgan has gone away from the plan of bowling yorkers. But it’s not easy and anyone can go for big runs if they are fractionally off. This is not a case of Jordan costing England the World Cup and I hope people don’t interpret it that way. Someone has to put their hand up and bowl at the most difficult times when the opposition are coming at you. It just didn’t work out for him on the night.”

New Zealand will face either Pakistan or Australia in the final of the T20 World Cup 2021 on Sunday.