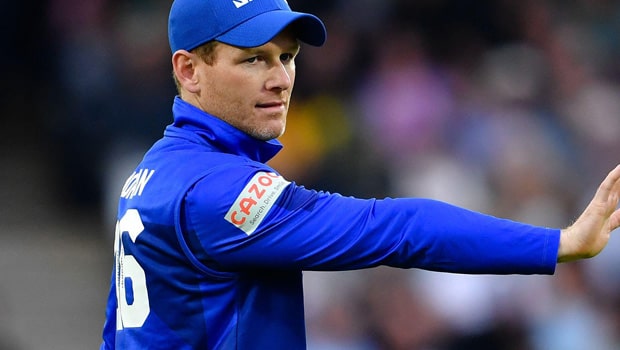 England’s captain Eoin Morgan reckons his team’s red-hot T20 campaign goes to show their white-ball growth in the last couple of years. The English team is currently the no.1 T20I side in the world and they are the best white-ball team. England is known to play aggressively in any kind of situation and they have taken giant strides as a unit under the captaincy of Eoin Morgan.

England has made a fantastic start to their T20 World Cup campaign as they have won their opening two matches. Not only England has won their two matches but they also have won them in a convincing manner. England skittled out the West Indies for a paltry score of 55 runs and won by a margin of six wickets.

Subsequently, they won their second game against Bangladesh by eight wickets as they restricted the Tigers to a meager score of 124 runs and then chased it down in 14.1 overs on Wednesday.

Tymal Mills has made an outstanding comeback to the game as he has been right on the money. Mills has an array of variations under his belt and returned with impressive figures of 3-27 against Bangladesh. When asked whether Mills’ performances goes to show England’s squad strength, Morgan said: “I think it does. “I think it’s also a huge compliment to how far our white-ball cricket, in general, has come along.

“Quite a big squad of players has been part of the 2019 success in ODI cricket. And I think that’s lent itself to the T20 game as well. “Yes, they have been sort of fighting for places but they haven’t been too far away at any given stage.”

On the other hand, Jason Roy scored a match-winning knock of 61 runs off just 38 balls with the help of five fours and three sixes and scored his runs at a strike rate of more than 160. Roy thus played a key role in helping England get over the line in the run-chase and he was awarded the Player of the match.

“The way he plays, Jason is so imposing and when you play like that on slow wickets, it makes it difficult to set fields,” Morgan added.

England will take on arch-rivals Australia on Saturday in Dubai.