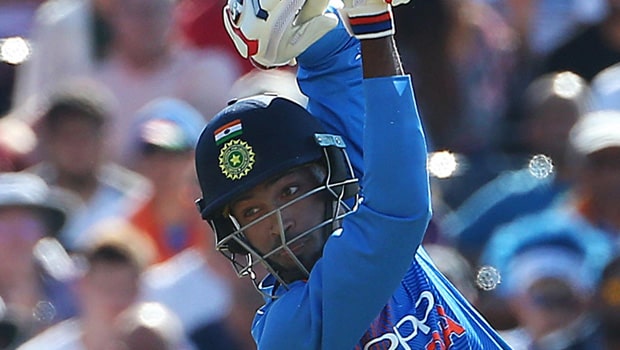 In a positive boost for the Indian team, it has been reported that Hardik Pandya’s shoulder injury is not serious and he is likely to be available for the clash against New Zealand. Pandya suffered a should injury while batting in the team’s opening match against Pakistan while trying to play the pull shot.

Consequently, Pandya didn’t even take the field during Pakistan’s batting innings. Furthermore, there are bowling fitness issues for Pandya and he is expected to contribute a couple of overs towards the fag end of the tournament.

The Indian captain Virat Kohli had earlier backed Pandya to play the finishing role and had heaped praise on him for his power-hitting abilities. But Pandya could only contribute 11 runs off eight balls against Pakistan and thus could not provide finishing touches.

“Yes, Hardik’s scan reports have come and the injury is not very serious. Also, the fact that there is a six-day gap between two games gives him enough time to recuperate,” a senior BCCI official told PTI.

“But obviously, the medical team would wait and watch as to how he shapes up during the training sessions,” he added.

As Pandya isn’t contributing with the ball, the team is getting robbed of a sixth bowling option, which always plays a key role in T20 cricket. Moreover, Pandya isn’t in the best of forms with the bat as he could only muster 127 runs in 11 innings he played for Mumbai Indians in IPL 2021.

India will take on New Zealand at the Dubai International Cricket Stadium on Sunday and the Virat Kohli-led team will look to make a comeback after losing their opening game against Pakistan by 10 wickets. India was outplayed by their arch-rivals in all three aspects of the game and they will look to register their first win of the tournament against the Kiwis.