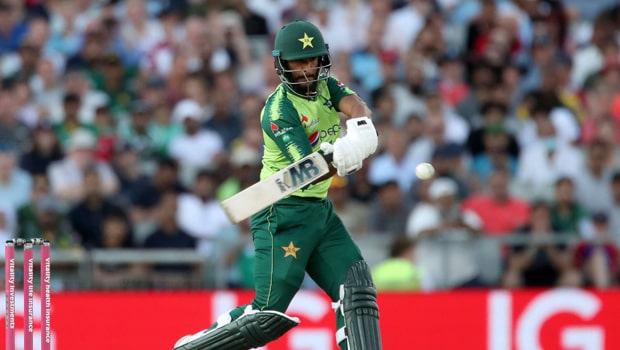 Legendary former Indian batter Sunil Gavaskar reckons Hasan Ali was the weak link in Pakistan’s team. Ali didn’t have the best of semifinal matches against Australia at the Dubai International Cricket Stadium on Thursday as the Aaron Finch-led team won by five wickets to book their place in the final of the T20 World Cup.

Hasan Ali conceded 44 runs in his quota of four overs and went wicketless. Furthermore, Ali dropped Matthew Wade’s catch in the penultimate over, which according to Pakistan captain Babar Azam was the turning point of the match.

Wade then went on to smash three consecutive sixes to take his team over the line in the thrilling semifinal.

Sunil Gavaskar said while talking to Sports Today, “Even good fielders drop catches under pressure. But Hasan Ali was the weak link in the Pakistan team. He didn’t bowl well and one is not really sure about his batting ability. Earlier as well during the tournament, he had misfielded and given away easy runs. Sometimes teams have a weak link in their squad and in this tournament it was Hasan Ali for Pakistan.”

On the other hand, Australia had their work cut out as they needed 62 runs in the last four overs and Pakistan had their noses in front. However, Wade and Stoinis were able to turn the tide for Australia as they came up with blistering knocks. The Little Master added that it was Pakistan’s match till the last two to three overs.

Reacting to Pakistan’s loss, Gavaskar said: “It doesn’t feel good to see fans sad after their team loses. Pakistan’s supporters were very confident of their team doing well. They had a right to think so because Pakistan won all five of their group stage matches, and did so quite easily. Till the last 2-3 overs, it seemed like Pakistan’s match. To lose after that, it obviously feels disappointing. Whenever you win, you need to take it with humility and grace. When you lose too, you need to accept that the other team was better than you today.”

Pakistan would be disappointed as they had the match in their grasp till the last few overs. The Men in Green failed to grab their chances and thus had to pay the price for their sloppy work in the field. Australia will now face New Zealand in the final of the T20 World Cup 2021 at Dubai on Sunday.