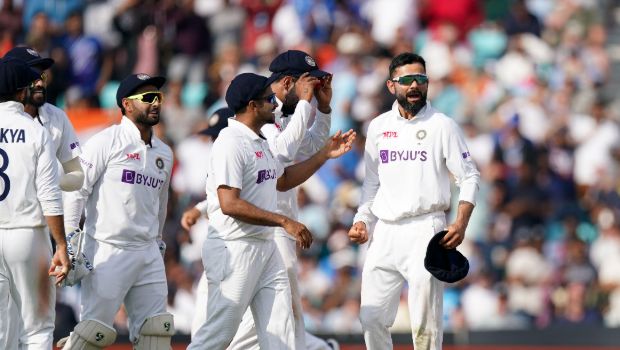 Former Indian captain Dilip Vengsarkar has said that he hasn’t seen such body language from the Indian players in a long time. India has lost both their opening matches of the ongoing T20 World Cup against Pakistan and New Zealand.

Team India hasn’t been able to bring their best to the table in their first two matches.

The batting unit has let the team down in both the matches as they haven’t been able to deliver the goods. India could only manage to score 151 runs against Pakistan and then only posted 110 runs against New Zealand.

Furthermore, India’s bowling line-up has looked spineless in both matches. Team India has picked only two wickets in the tournament so far and both of them were taken by Jasprit Bumrah against the Blackcaps.

Thus, there is no doubt that body language hasn’t been great from the team. In fact, Virat Kohli had also admitted that they were not brave enough with neither bat nor ball after the team’s eight-wicket loss against the Kiwis.

“The team looked off-colored and players looked jaded. I don’t know if it is bio bubble fatigue or something else, I have not seen such body language in the players in a long time,” Vengsarkar told PTI a day after India’s eight-wicket loss to New Zealand.

“It was quite a lackluster performance, be it in batting or bowling. This format demands you to be energetic from ball one,” added the former India captain.

On the other hand, Ravindra Jadeja and Varun Chakravarthy were picked in the first two matches but both of them have gone wicketless.

However, Ravichandran Ashwin is yet to get his chance and he was also not given a chance in the Test series against England. Vengsarkar questioned why Ashwin has been dropped for a long time and his exclusion is a matter of investigation.

“Why is Ashwin being so dropped for so long? It is a matter of investigation. Across formats, he is your best spinner with more than 600 international wickets. He is your senior-most spinner and you don’t pick him.

“I fail to understand. He didn’t play a single game in the England Test series also. Why do you pick him then? It is a mystery to me.”