Home » Cricket » T20 World Cup 2021: Having someone like Ravichandran Ashwin in the squad is an advantage for us – Rohit Sharma

T20 World Cup 2021: Having someone like Ravichandran Ashwin in the squad is an advantage for us – Rohit Sharma 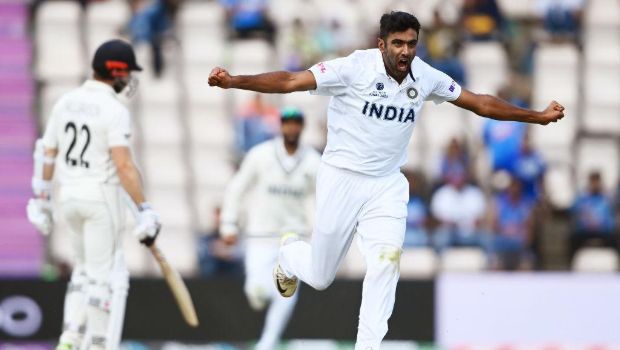 India’s vice captain Rohit Sharma believes having an experienced bowler like Ravichandran Ashwin in the squad is a big advantage for them.

Ashwin played his first limited overs match after a long hiatus of four years but he was able to deliver the goods against Afghanistan at the Sheikh Zayed Stadium, Abu Dhabi on Wednesday.

Ashwin plumbed Gulbadin Naib in the front of the wickets with a flicker after conceding only two runs in his first over. This was Ashwin’s first wicket after 2016 and then he got his second as he bowled Najibullah Zadran. Thus, the off-spinner showed his class as he scalped two wickets and conceded only 14 runs in his quota of four overs.

Ashwin has all the experience under his belt and he was able to make the most of it. The off-spinner has been included in the T20I squad after his impressive run in the recent past. Ashwin also conceded runs at an economy rate of 7.41 in the Indian Premier League while playing for Delhi Capitals.

“You saw his quality today, he has played so much cricket now and taken so many wickets. He also knows that it was a challenge for him because he was playing after three or four years. But he was playing IPL consistently and was bowling really well and he is a wicket-taking option,” said Rohit in the post-match press conference.

“Every time you give him the ball, he comes to take wickets and is not there to survive or bowl his six balls and get away. When you have someone like him in the squad, it gives us that advantage.

“He understands his bowling really well, he is coming off the IPL in good form. So I am glad that he could contribute to our success today and I hope that he can do the same in the next few games that we play as well,” said Rohit.

On the other hand, Indian skipper Virat Kohli was pleased with the return of Ravichandran Ashwin in the playing XI and stated that it was one of the biggest positives of the team.

Kohli said in the post-match presentation, “The return of Ash (is the biggest positive), we saw him doing well in the IPL and when he does this, we get control in the middle overs. That’s what I’m most pleased about (today)”.

India will next face Scotland on Friday at the Sheikh Zayed Stadium, Abu Dhabi.