Home » Cricket » T20 World Cup 2021: His character stood out, it was an incredible knock – Kane Williamson on Daryl Mitchell

T20 World Cup 2021: His character stood out, it was an incredible knock – Kane Williamson on Daryl Mitchell 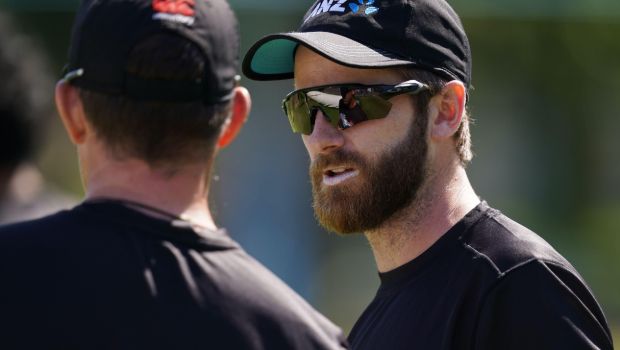 When we talk about New Zealand’s batting unit, names like Martin Guptil and Kane Williamson come to our mind. However, Daryl Mitchell has grabbed his opening opportunity with both hands for the Kiwis.

The right-hander played an unbeaten knock of 72 runs off just 47 balls against England in the first semi-final of the T20 World Cup 2021 at the Sheikh Zayed Stadium on Wednesday.

Mitchell’s match-winning knock helped the Blackcaps beat England by five wickets to book their place in the T20 World Cup final for the first time. In fact, the right-hander struggled to time the ball in the initial phase of his innings however he was able to turn the gears in the later phase of the innings.

New Zealand needed 20 runs off the final two overs and Mitchell was able to score 19 out of them in the penultimate over, which was bowled by Chris Woakes. Thus, the right-hander took his team over the line and played a key role in the team’s win.

New Zealand captain Kane Williamson stated that Mitchell’s character stood out on the big day and it was an incredible knock from him. Williamson also heaped praise on James Neesham, who scored a fine cameo of 27 runs off just 11 balls and changed the complexion of the game with his blistering batting.

Kane Willaimson said in the post-match presentation, “Most players have played together in various tournaments. Knew it was going to be a great game of cricket. Thought they had a pretty competitive total. But just by staying in there, building the partnerships, and cashing in on some moments, some matchups. Definitely, something that stood out today (Mitchell’s character). Has batted beautifully in a high-pressure situation”.

“T20 cricket – it’s a game of small margins. Depending on the surface, the short side – these things can be match-defining. He came out and hit the ball hard, that’s what he does (neesham). Changed the momentum really. A fantastic knock from Daryll, hit the big shots when it counted. We’ll be following that match – going to be fantastic. We know we have another challenge coming up and we’ll change our focus after tonight”.

Williamson will be delighted with the performance of his team as they were able to come up with a collective effort. The talisman will want his team to come up with their best in the final of the T20 World Cup, which will be played on Sunday.