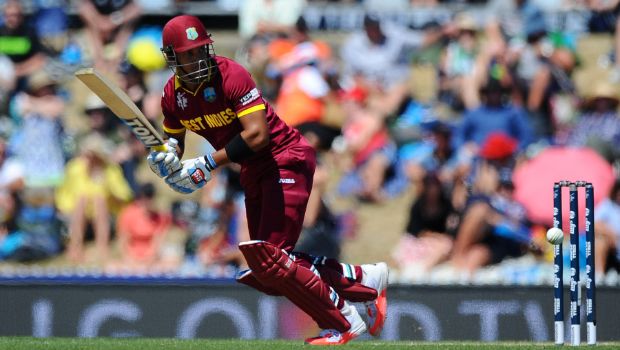 West Indies opener Lendl Simmons struggled to get going against South Africa and it did push the team on the backfoot.

On one hand, Evin Lewis was able to hit the ground running for the Windies but Simmons was even struggling to even rotate the strike at regular intervals.

The right-hander trudged to 16 runs off 36 balls as he could not even score at a strike rate of 50. In fact, it was surprising that Simmons didn’t even try to bail himself out of the jail and there was no intention from him to hit the big shots.

Simmons was also dropped by South Africa wicket-keeper Heinrich Klaasen. The right-hander’s misery was finally ended by Kagiso Rabada as he failed to pick up a slower ball while trying to play a big shot.

Aakash Chopra said while talking on his YouTube Channel, “South Africa opted to bowl and Lendl Simmons was there in front. I couldn’t understand what he was doing. He scored 16 runs in 35 deliveries and you had to retire him out. No one does it but it will have to be done.”

Simmons also failed to find the fence even on a single occasion and looked all at sea while facing the Proteas bowlers.

“He didn’t hit a single four or a six. The surprising thing is he was not even trying to hit fours or sixes. I mean it is still understandable if you are throwing the bat and not able to hit the ball but you cannot hit a six if you are only defending.”

Meanwhile, batters like Evin Lewis, Nicholas Pooran, and Kieron Pollard were trying their best but as Simmons wasted six overs, it was always going to be an uphill task for the Windies to reach a par score despite a decent start as they had added 48 runs in the powerplay overs.

“Everyone else was trying a lot – whether it was Evin Lewis, Nicholas Pooran or Kieron Pollard – everyone threw their bats but if one person scores 16 runs in six overs, you will always be falling short however much you might hit.”

West Indies have lost both their opening matches and they certainly aren’t at their best. Chopra added that there is not enough power in the team’s bowling as well as batting.

“The defending champions’ bowling looks absolutely pedestrian. They cannot defend and the way they are batting, I don’t feel they are going forward. I won’t be surprised if they finish at the bottom. They are looking like a pale shadow of their glorious past.”

West Indies will next face Bangladesh on Friday in Sharjah.