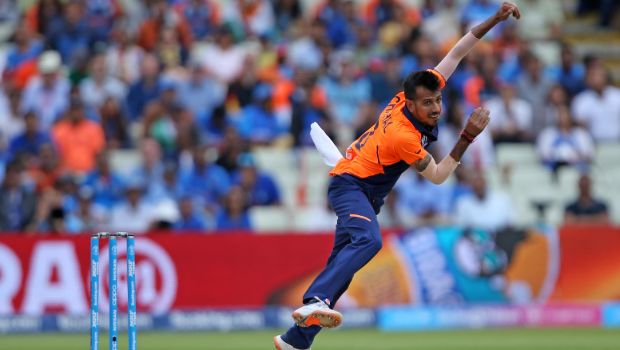 Chahal has all the experience under his belt and he is India’s leading wicket-taker in the shortest format of the game but he was not included in the squad by the Indian national selectors.

India’s squad was picked ahead of the second half of the IPL 2021 and Chahal was not even considered despite a good show for Royal Challengers Bangalore in the tournament. The leg-spinner snared 18 wickets in 15 matches for RCB and bowled with an impressive average of 20.07 and a fine economy rate of 7.05.

Thus, Chahal was in fine form and he could have been included in the team’s T20 World Cup squad. Furthermore, the leg-spinner from Haryana has all the experience under his belt and he could have added value to the team.

Imran Tahir said while talking to T10 Abu Dhabi League in virtual interaction, “Chahal is a wonderful bowler. I personally wanted to see him playing in the T20 World Cup. But, unfortunately, he didn’t get picked.”

Tahir, who is well known for his skills, added that the leg-spinners have different variations and they play a big role in T20s. India has backed mystery spinner Varun Chakravarthy in the first two matches but he has gone wicketless. Moreover, Rahul Chahar is the solitary leg-spinner in the team’s squad but he has been warming the benches.

“All the leg-spinners have got different variations. It’s not just about googly and leg break. Top-spinner, flipper, slider (are there). Leg spinners play a big role. Batsmen now can’t play like they used to play 10 years ago. Credit goes to all the spinners and the field planning.”

India has picked only two wickets in the first two matches and both of them were taken by Jasprit Bumrah against the Kiwis. The Virat Kohli-led hasn’t been able to put enough runs on the board and has bowled in the dew conditions and ergo haven’t been able to trouble the opposition’s batters.