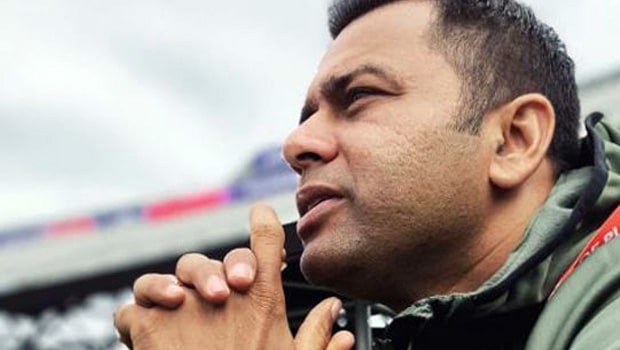 Former Indian opener Aakash Chopra expressed his disappointment on India’s fast bowling performance against Namibia. Chopra feels both Jasprit Bumrah and Mohammad Shami bowled in a similar pattern as they tried to bowl only slow balls and yorkers but there was no attempt to bowl bouncers on Sunday at Dubai International Cricket Stadium.

In fact, India was able to get control over Namibia after the introduction of spinners by Virat Kohli. Both Ravindra Jadeja and Ravichandran Ashwin were right on the money and gave nothing away to the opposition batters.

Both of these veteran spinners scalped three wickets each to put their team on top. They collectively scalped six wickets between them and conceded only 36 runs in the eight overs they bowled.

Meanwhile, Jasprit Bumrah scalped two wickets and conceded only 19 runs in his quota of four overs. But Mohammad Shami had another disappointing outing as he conceded 39 runs in his allotted four overs and also went wicketless.

“I was slightly disappointed with the way the Indian fast bowling started. Something is happening which we don’t know about but for the first three-odd overs, it seemed we were not playing Namibia but South Africa or Australia,” Chopra said on his official YouTube channel.

Ashwin returned with impressive figures of 3-20 while Jadeja took three wickets for only 16 runs in his quota of four overs. Jadeja was also awarded the Player of the match for his fine bowling performance.

“Bumrah did take a wicket but when spin came, they got them in a stranglehold. The match turned totally in our favor when Jadeja and Ashwin came together because Ravindra Jadeja and Ravichandran Ashwin were Ravis (suns) which shone at night,” said Chopra.

“Both took three wickets and gave blows to the opposing team at regular intervals. Both were economical as well and the captain was tension-free. Namibia was pushed back there, although eventually, they did play the 20 overs.”

India was able to restrict Namibia to 132 runs and won convincingly by nine wickets but they were already knocked out of the tournament. Team India will next host New Zealand for T20I and Test series.