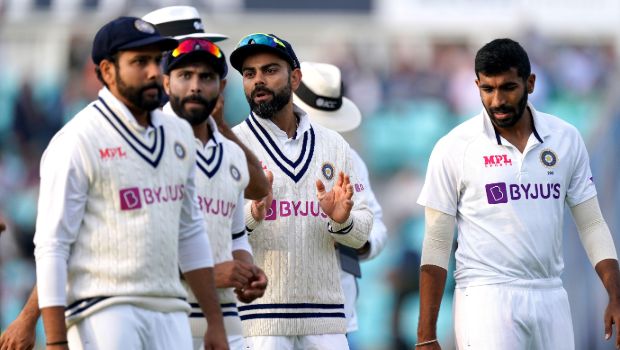 India’s veteran spinner Harbhajan Singh has opined that if India and Pakistan meet again in the ongoing T20 World Cup then the Virat Kohli-led team will play much better and win.

India was stunned by Pakistan in their opening fixture of the T20I showpiece as the Babar Azam-led comprehensively won by 10 wickets.

Pakistan had come up with a collective effort as Shaheen Shah Afridi had scalped three crucial wickets of KL Rahul, Rohit Sharma, and Virat Kohli whereas Babar Azam and Mohammad Rizwan had played fine knocks to get their team over the line in the high-voltage match.

While speaking on his YouTube channel, Harbhajan said: “India lost against Pakistan for the first time in World Cups, and even though it was the T20 World Cup, it still happened. There is a lot of chaos on social media as if they have done a huge thing.

“It might have been for Pakistan but we have defeated them 12 times in the World Cup, we should not forget this. If India and Pakistan meet again, India will play much better and win.”

The Turbanator feels that we need to move on from the India-Pakistan match as there is a lot of hullabaloo on social media platforms. On the other hand, Bhajji also extended his support for Mohammed Shami, who was targeted on social media after he had a tough day at the office against Pakistan.

“Important game against New Zealand, need a win. Again, lot of discussion on the India – Pakistan match on Twitter and social media. The match is over, so move on. Moving forward, We will show what Indians can do.

“Very unfortunate what has happened with Mohammad Shami, but we all are behind you, god bless you. This Indian team would be a difficult opposition once they find their rhythm, which they will soon,” Harbhajan Singh added.

Meanwhile, Pakistan looks all set to qualify for the semifinals whereas India’s next match against New Zealand will be crucial. India will face the Kiwis on Sunday in Dubai.