Home » Cricket » T20 World Cup 2021: If they continue to play like this, it will be easy for Pakistan to win this World Cup – Inzamam-ul-Haq

T20 World Cup 2021: If they continue to play like this, it will be easy for Pakistan to win this World Cup – Inzamam-ul-Haq 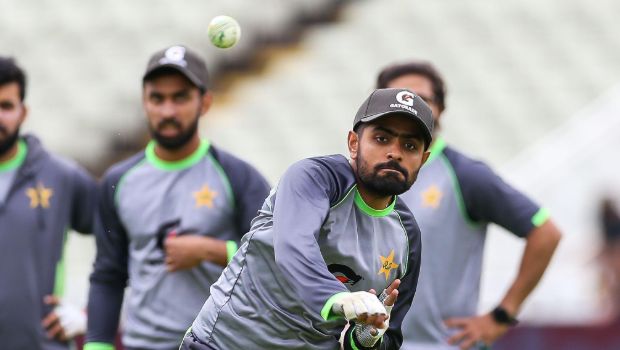 Former Pakistan skipper Inzamam-ul-Haq reckons the Babar Azam-led team can go on to win the ongoing T20 World Cup in 2021 if they continue to play as they have in their first two matches.

Pakistan continued their good form against New Zealand as they won their second match by five wickets at the Sharjah Cricket Stadium on Tuesday.

The Men in Green were able to restrict the Blackcaps to an under-par score of 134 runs after Babar Azam won the toss and elected to bowl first. Haris Rauf was the chief destroyer of New Zealand innings as he scalped four wickets and conceded only 20 runs in his quota of four overs.

Rauf has impressed with his pace and breathed down the neck of the Kiwis with his express speed. The right-arm pacer dismissed Martin Guptil, Glenn Phillips, Mitchell Santner, and Devon Conway.

On the other hand, the Babar Azam-led team was in a spot of bother during the run-chase as they lost five wickets for 87 runs. However, veteran batter Shoaib Malik and power-hitter Asif Ali were able to add the finishing touches to the total as they scored 26 and 27 runs respectively and took their team over the line.

While speaking on his YouTube channel, Inzamam said: “Haris Rauf bowled really well in both the games, bowled the tough overs. Each and every Pakistan player is doing their role and playing well as a unit. It is great cricket and if they continue like this, then it will be easy for Pakistan to win this World Cup.”

The former talisman Pakistan batter added that the team should not lose their aggression and they should continue to play in a similar fashion.

“Mohammad Hafeez is not in good touch, but he straightaway went after the bolwing and scored six off extra cover, so the players should not lose such aggression. Many people are saying that Asif Ali should be the one finishing the matches for the team, but that is not his job. His job is to increase the scoring rate. Finishing should be left up to senior players like Malik and Hafeez.”

Pakistan will look to continue the good show and they have ticked the right boxes thus far. The Men in Green will next face Afghanistan at the Dubai International Cricket Stadium on Friday.