Home » Cricket » T20 World Cup 2021: If you wanted Ashwin’s experience so desperately, you should have played him in XI – Aakash Chopra

T20 World Cup 2021: If you wanted Ashwin’s experience so desperately, you should have played him in XI – Aakash Chopra 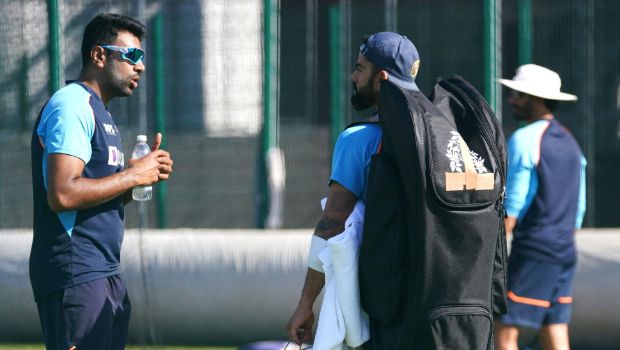 Chopra feels if India wanted Ravichandran Ashwin’s experience so desperately in their squad then they should have played him in the final XI in the first two matches of the marquee event.

Ravichandran Ashwin has made a comeback into the limited-overs squad after a long gap of four years and the selectors finally gave him a chance. In fact, Ashwin was not in the best of forms during IPL 2021 while playing for Delhi Capitals as he scalped seven wickets in the 13 matches he played however he conceded his runs at a decent economy rate of 7.41.

Ashwin has a lot of variations under his belt and he could have added value to the team with his vast experience. But Ashwin didn’t even get to play a single Test match against England and he was surprisingly left out in the four-Test matches.

The team’s think tank decided to back Ravindra Jadeja and Varun Chakravarthy as the two spinners in the playing XI against Pakistan and New Zealand but both of them went wicketless. In fact, Jadeja is known to contain the batters while Chakravarthy still doesn’t have a lot of experience at the International level.

Aakash Chopra said while talking on his YouTube Channel, “Ravichandran Ashwin should definitely have been picked in the XI. He was selected in the squad in the first place because of his experience. What is the point of having experience on the bench? Even if the team had picked a 15-year-old and had kept him on the bench, it really wouldn’t have mattered.

Experience can be utilized only if the player is part of the team and the playing XI. If you wanted R Ashwin’s experience so desperately, for sure you should have played him in the XI. There was no point in selecting him otherwise.”

Chopra added that India didn’t miss Ashwin in the white-ball formats in the last four years while he feels the off-spinner could have been played if he has been picked in the squad.

“He has not been part of the ODI or T20I set up for the last four years and India had done well without him. India did not miss Ashwin in the white-ball formats. But, out of the blue, they selected him (for the T20 World Cup). If they took a gamble, they should have given it a chance to work. It was pointless picking him out of nowhere and then not playing him in the XI. Surely question marks will be raised about his selection now.”