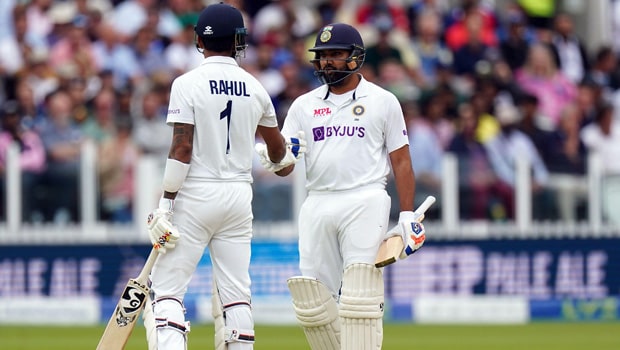 Former England skipper Michael Atherton believes India is doing the right thing by opening the innings with Rohit Sharma and KL Rahul. Rohit and Rahul have all the experience under their belt and they are also in fine form in the recent past. KL Rahul had scored 626 runs in 13 matches of IPL 2021 while leading Punjab Kings and he is one of the most consistent batters in T20 cricket.

However, both Rohit Sharma and KL Rahul were dismissed cheaply in the big match against Pakistan. Rohit was dismissed for a golden duck while Rahul could only score three runs. Thus, both of them will need to provide a good start to the team in the next match against New Zealand.

Meanwhile, Ishan Kishan is the backup opener of the team and he is in prolific form. The southpaw scored a fine knock of 84 runs against Sunrisers Hyderabad and then scored a whirlwind knock in the warm-up match against England.

“It was interesting to me. In India’s warm-up game against England, they rested Rohit. He obviously is a given. And they had Ishan Kishan and KL Rahul at the top of the order. I don’t know whether it was a shoot off or not. Ishan outscored KL Rahul but what was interesting was that KL was faster out of the blocks in the Powerplay in that game. Ishan Kishan eventually got going and caught up,” Atherton said on Sky Cricket.

“But if you think of how Rohit plays he sometimes takes a few balls to get going. I think they are doing the good thing by going with KL and Rohit at the top of the order. I think that is the right thing. And you can’t write off India after one bad game,” Atherton added.

India will want a good start from Rohit Sharma and KL Rahul and they are going to hold the key at the top of the order. The Virat Kohli-led team was pushed on the backfoot by a fiery spell from Shaheen Shah Afridi and thus could only manage 151 runs on the board.

It will be imperative for India that Rohit Sharma and KL Rahul hit the ground running and one of them should take the aggressor role.

India will face New Zealand on Sunday in Dubai.