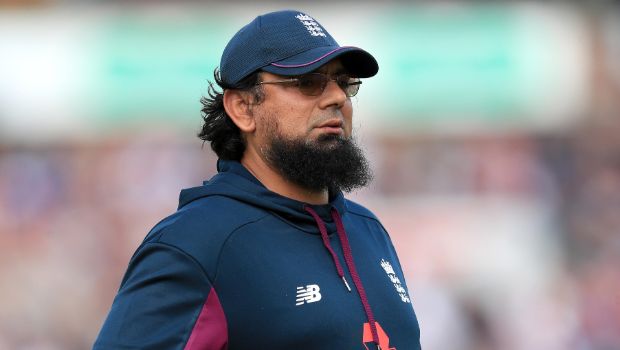 The former legendary spinner feels India is everyone’s favorites and it would be great if they qualify for the summit clash. India had entered the T20I showpiece as favorites but lost their opening match against arch-rivals Pakistan.

Thus, it will be a must-win match for India against New Zealand and the Virat Kohli-led team will need to come up with a collective effort. Mushtaq feels it would be great if India and Pakistan once again take on each other in the final of the T20 World Cup and it would help the two nations improve their cricketing relations.

“If India makes it to the final with us, it would be a great thing because I feel — and this is not because we became big-headed after beating them — but because they are a strong team, everyone considers them a favourite,” Saqlain said in a virtual press conference ahead of Pakistan’s next Super 12 stage match against Afghanistan.

“If India comes in the final, then it would be very good for the ICC, fans around the world and for world cricket — everyone will enjoy it. They are our neighbouring country and playing one more match would only improve our relations,” he added.

Meanwhile, Pakistan has made a perfect start to their campaign as they have won both their matches against India and New Zealand and have their one foot in the semifinal door. If Pakistan goes on to beat Afghanistan, they will all but confirm their berth in the last four of the tournament. Mushtaq added that it is important to follow the process.

“England and Australia always play tough cricket too. One doesn’t have results in their hand but what we have in hand is our process, how we plan, our commitment, how we fight and bounce back and things we can control so we don’t focus on results and the opponent.,” Saqlain pointed.

“When you come with a mindset to become a world champion then you don’t think about the opponent,” Saqlain said.

Pakistan will face Afghanistan on Friday in Dubai.