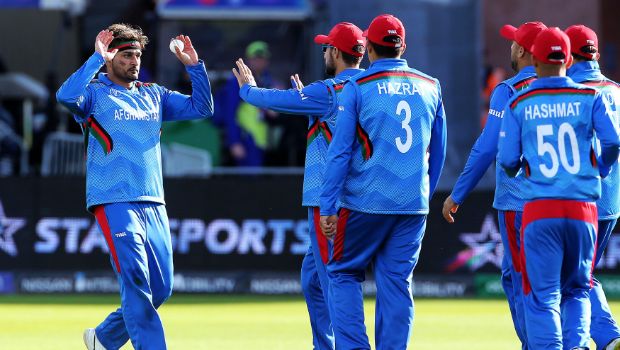 India’s veteran spinner Harbhajan Singh believes India vs New Zealand match is not going to be a virtual quarterfinal as we can not afford to take Afghanistan lightly in the T20 format.

As Pakistan has beaten both Indian and New Zealand, it is expected that they will make their way into the semifinals stages.

With Scotland and Namibia being the other teams of the group, Pakistan is expected to secure its semifinal berth. However, Afghanistan can punch above their weight in the shortest format of the game and have the skills to upset any big team on their team.

The Afghan team also has quality spinners like Rashid Khan and Mujeeb ur Rahman.

Moreover, Afghanistan had registered a gargantuan win of 130 runs against Scotland in their opening match of the marquee event. Thus, it could be a mistake to take them lightly in the upcoming fixtures.

Harbhajan feels the Indian team should take one game at a time and their entire focus should be to win against the Kiwis.

“The match against New Zealand is not a virtual quarter-final. It’s another game. Of course, you have to play it one game at a time. Afghanistan can upset anyone, you can’t take them lightly,” Harbhajan told India Today.

“Our first job should be to beat New Zealand and I am sure boys will do that. After that, we have to do well in the remaining games. We can’t really say it’s the quarterfinal. Every game from hereon will be very important for Team India. And I am sure they are ready for it and they will produce the right results.”

The Turbanator has put his weight behind the Virat Kohli-led team to beat the Kiwis on Sunday. India will look to bounce back stronger after receiving a hammering against Pakistan.

“I think India is a very, very good side. Obviously, they didn’t have a good day against Pakistan. I still back India to beat New Zealand because knowing the kind of quality in the team, they just need to showcase their talent and show the whole world what they are made of.

“Obviously the loss against Pakistan in a wake-up call. I am sure they will come back stronger in the tournament and the win will start from the next tie,” Harbhajan added.

India will face New Zealand on Sunday in Dubai.