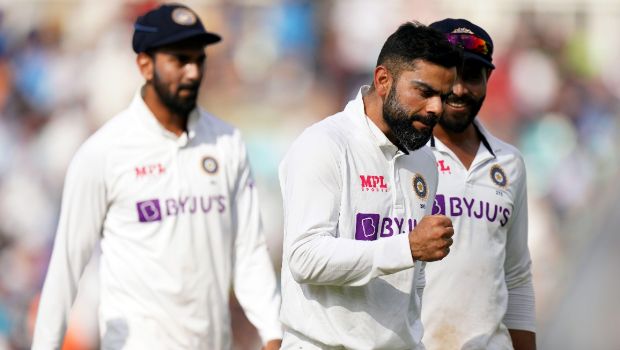 Despite the fact, India suffered an ignominious defeat against Pakistan in their opening match of the T20 World Cup, former Indian opener Virender Sehwag has predicted that the Virat Kohli-led team will go on to win this T20 World Cup.

India is one of the favorites for the ongoing marquee event but losing their first match has put them on the backfoot.

Thus, the team’s match against New Zealand is going to be a must-win affair. The Men in Blue will need to come up with a collective effort to register their first win of the tournament. India’s batting had let the team down in the opening encounter against Pakistan as Shaheen Shah Afridi wreaked havoc in his opening spell.

Furthermore, the Indian bowlers failed to take a single wicket as Pakistan comprehensively won by 10 wickets. Thus, Virat Kohli and Co. will need to turn the tables in the coming matches.

“According to me, it’s Team India who will win this T20 World Cup,” Virender Sehwag said on his Facebook show Virugiri Dot Com.

“They’ll only have to play better cricket here onwards. We always cheer for our team when it wins but when it loses we have to support it even more. So, I believe that India can win the T20 World Cup,” he added.

On the other hand, Pakistan has all but sealed their place in the semifinals as they have won their opening two matches against big teams like India and New Zealand. The Men in Green have come up with clinical performances so far and they are certainly a team to look out for as they are ticking the right boxes as a unit.

Speaking of Pakistan, “Even if they win their next two matches, they will qualify for the semifinals,” he signed off.

Meanwhile, India will aim to bounce back stronger against New Zealand but there is no doubt that Virat Kohli’s team will have their work cut out. India will take on the Kiwis on Sunday in Dubai.