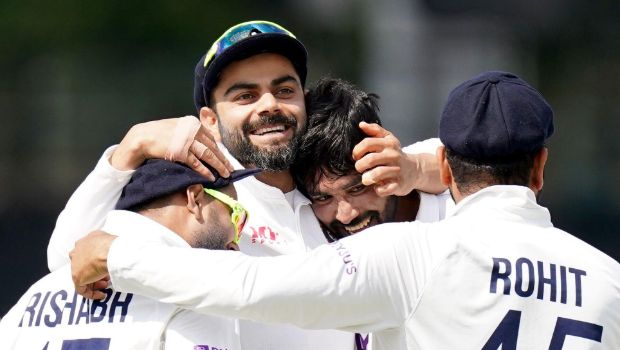 It has been noticed that teams like England and Pakistan have savored success in the shortest format of the game as they have been fearless in their approach.

On the other hand, India has been a bit circumspect in their first two matches of the T20 World Cup against Pakistan and New Zealand. Team India hasn’t been able to come up with a good batting performance in both of these matches, which has led to the downfall of the team.

India has lost wickets in the powerplay overs in both these matches, which has put them on the back foot from the get-go. As the team has lost early wickets, it has been difficult for the middle-order to re-build the innings. India has not put enough runs on the board as a result they have lost both their matches and now their hopes of qualifying for the semifinals hang by a thread.

In his column for the Times of India, Sunil Gavaskar stated: “The word ‘fearless’ has often been used about the Indian team in recent months, but what has been seen is a fearful approach to a format which demands constant action and upheaval.”

“We have also heard captains and coaches saying they are not afraid to lose while going for a win. It’s easy to say that when you know your position is secure even if you lose. Now is the time to show it.”

Meanwhile, India lost their opening game against Pakistan by a massive margin of 10 wickets and lost their second match against the Kiwis by eight wickets. Ergo, they have a poor NRR of -1.609 and they will need to win their remaining three matches by a big margin to have some chance of qualifying for the last four if New Zealand is stunned by Afghanistan.

“For India to have that chance to qualify, they need wins by massive margins in their games against Afghanistan, Scotland, and Namibia. Then if New Zealand falter somewhere, they have that slim crack in the door to barge in,” the 72-year-old added.

India will face Afghanistan in a must-win game on Wednesday.