T20 World Cup 2021: It has been a very painful tournament – Saba Karim on India’s exit 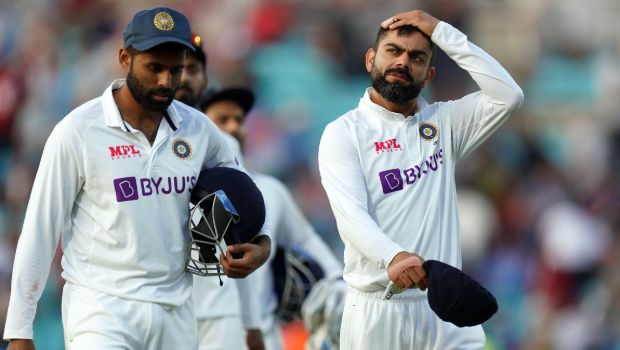 Former Indian wicket-keeper batter Saba Karim stated that it was a very painful tournament for Team India as they failed to qualify for the semifinal stages.

The semifinal doors shut down on the Indian team after New Zealand defeated Afghanistan by eight wickets at the Sheikh Zayed Stadium, Abu Dhabi on Sunday, and thus the Kiwis sealed their berth in the last four of the tournament.

Meanwhile, India had themselves to blame as they lost their opening two matches of the T20I World Cup 2021 against Pakistan and New Zealand, the other top two teams of the group. India could only manage to score 151 runs against the arch-rivals and also could not even take a single wicket.

Furthermore, India came up with another dismal show against New Zealand as they meandered to 110 runs in their 20 overs and went on to lose by eight wickets. Thus, the Virat Kohli-led team failed to tick the right boxes in the first two matches and they had to pay the price for their poor performances.

Saba Karim said on the Khelneeti podcast: “It has been a very painful tournament because, before the World Cup began, everybody thought India will be a firm favorite after a long time. We had reasons to think so as well. We had great match-winners and good young players like Suryakumar Yadav and Ishan Kishan. Our cricketers had also played in the UAE in the IPL. Considering all this, it seemed like our team was very well-equipped to do well in the T20 World Cup. That did not happen, which is why we are out of the tournament.”

On the other hand, India’s bowling coach Bharat Arun stated on Sunday that a little break between IPL 2021 and the T20I World Cup would have been nice for the players, who have been playing consistently. However, former Indian opener Sunil Gavaskar feels the team could have planned better for the T20I showpiece.

Speaking on Sports Tak, Gavaskar said: “…Could some of the Indian players have not played the last few matches of the IPL? Could they have avoided playing that and kept themselves fresh for India? Well, that’s something that they will be able to answer. Particularly when you know that you may not be able to qualify, should some of the players have taken a break and given themselves one week, 10 days break to freshen up and recharge their batteries?”

India will play their last match of the T20I World Cup against Namibia.