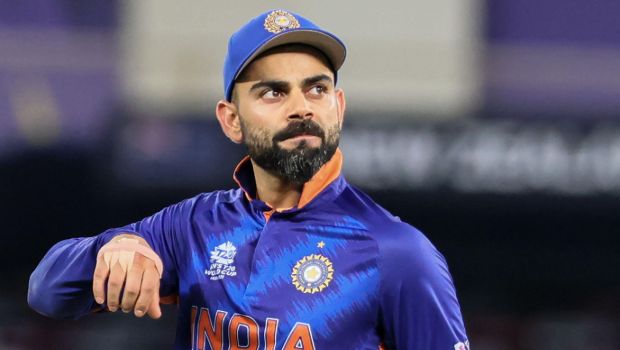 The Indian skipper Virat Kohli finally bid adieu to the T20I captaincy and ended his stint on a high as India beat Namibia by nine wickets at the Dubai International Cricket Stadium on Monday to end their T20I World Cup campaign.

Kohli led India in 50 T20I matches in which the team won 32, lost 16 while two matches ended in no result.

Kohli stated that it has been his honor to lead the national team in the shortest format of the game but at the same time he feels relieved to let go of the captaincy onus.

India wasn’t able to bring its best in the ongoing T20I World Cup but they have been a consistent unit in the shortest format of the game under Kohli’s captaincy.

Virat Kohli said while talking in the post-match presentation, “Relief firstly (on leaving T20I captaincy). It’s been an honor but things need to be kept at the right perspective. I felt this was the right time to manage my workload.

It’s been six or seven years of heavy workload and there is a lot of pressure. The guys have been fantastic, I know we haven’t got the results here but we have played some really good cricket. The guys have really made my work easier.

The way we played the last three games, it’s a game of margins – T20 cricket these days. Two overs of attacking cricket at the top is what we were missing in the first two games. As I said, we weren’t brave enough in those games and in the group we were in, it was tough”.

The talisman also gave gratitude to his teammates and the support staff for playing a key role in the success of the team under his captaincy tenure.

“A big thank you to all those guys (Ravi Shastri and his support staff). They have done a great job over the years, creating such a wonderful environment for the players. People loved to get back to the atmosphere. They have done a really great job. That (his aggression) is never going to change. The day it does, I’ll stop playing cricket. Even before I became captain, I have always loved to contribute in some way or the other”.

Kohli also revealed why he sent Suryakumar Yadav to bat one down ahead of himself, “Surya didn’t get much game time in this World Cup, so I thought it will be a nice memory to take back. That was the idea (behind not batting himself)”.

India will now take on New Zealand in the three-match T20I series and Rohit Sharma is the front-runner to take up the new leadership role.