Home » Cricket » T20 World Cup 2021: It is beyond my understanding – Aakash Chopra on Eoin Morgan not using Moeen Ali

T20 World Cup 2021: It is beyond my understanding – Aakash Chopra on Eoin Morgan not using Moeen Ali 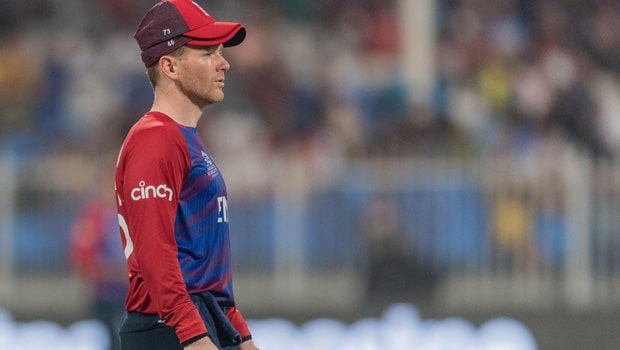 Former Indian opener Aakash Chopra expressed his surprise after England skipper Eoin Morgan didn’t bowl Moeen Ali in the first semi-final against New Zealand at the Sheikh Zayed Stadium, Abu Dhabi. Liam Livingstone is expected to be England’s sixth bowler but he bowled his full quota of overs as he scalped two wickets and conceded only 22 runs in his fine spell.

Adil Rashid, the other spinner, was expensive in his spell as he conceded 39 runs in his four overs. Moeen Ali is known to be an accurate spinner and it was a surprise that Morgan didn’t even give him a single over.

In fact, Ali had scored an unbeaten knock of 51 runs off just 37 balls to help England post a par score of 166 runs and he must have been high on confidence after a good batting show. Furthermore, Ali has all the experience under his belt and it was surprising to note that Morgan didn’t use him against the Kiwis.

England needed to defend 57 runs in the last four overs but their death bowling was not up to the mark as New Zealand chased down 167 with one over to spare.

Aakash Chopra said while talking to YouTube Channel, “England’s bowling got slightly exposed, I thought the captaincy was slightly poor because not getting Moeen Ali to bowl, it’s beyond my understanding. Where was Moeen Ali? When Liam Livingstone gives only 22 runs in his four overs and takes two wickets, why does Moeen not bowl?”.

In fact, Ali was not given the ball in the last match of the Super 12 stage against South Africa. Chopra added that there were left-handers in the middle and Ali should have bowled.

“Captain Morgan did all the front loading. He was finishing the overs of Woakes, Jordan and Mark Wood quickly and was not bringing Moeen Ali at all. I still can’t figure out why Moeen Ali was not bowling. He didn’t bowl in the last match as well. He should have bowled, there were lefties in the middle.”

Chopra went on to add that it was a blunder not to bowl Moeen Ali in the middle-overs as he could have done a good job for England.

“This is a big ground, not a small one. I thought it was a faux pas. You just tied your hands. You are going with just five bowlers and if one of them has a bad day or bowls a bad over, you are not really giving yourself a chance. All five bowlers were made to bowl four overs apiece, Chris Jordan couldn’t bowl his fourth because the match didn’t go till there.”