T20 World Cup 2021: It was a complete performance – Kane Williamson 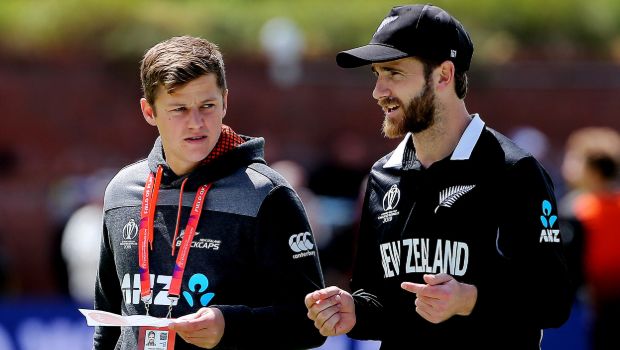 New Zealand skipper Kane Williamson stated that it was a complete performance from his team against India as they won by eight wickets at the Dubai International Cricket Stadium on Sunday.

India could only post a below-par score of 110 runs and the Kiwis were able to chase down the total with 33 balls to spare and came up with a fine performance.

Kane Williamson won the toss and decided to bowl first and Blackcaps’ bowlers were able to strike at regular intervals. Ishan Kishan who replaced Suryakumar Yadav in the final XI was promoted as an opener but he was dismissed cheaply.

Trent Boult returned with three wickets whereas Ish Sodhi bowled a fine spell as he scalped two wickets and conceded only 17 runs in his quota of four overs. The leg-spinner got the big wickets of Rohit Sharma and Virat Kohli and put India on the backfoot.

Adam Milne and Tim Southee also scalped one wicket each while Mitchell Santner bowled an economical spell as he conceded only 15 runs in his quota of four overs. On the other hand, Daryl Mitchell scored a fine knock of 49 runs off just 35 balls and helped his team get close to the target. New Zealand captain Kane Williamson added the finishing touches as the flamboyant batter scored an unbeaten knock of 33 runs.

Thus, New Zealand was able to come up with a collective effort against India, which is looking for many unanswered questions.

Kane Williamson said in the post-match presentation, “There’s always planning going into the game, but this was a great performance against a side that puts up a fight. The surface wasn’t easy to find a rhythm on, and the way the openers came out really set things up for the chase. It’s just about adapting to the conditions as well as we could. The way the spinners kept applying pressure was commendable and it was a complete performance”.

“We play against strong teams all the time, and there are match-winners in every side, and we commit to our brand of cricket and today was a good example of that. Ish is an outstanding white-ball bowler, and he’s very experienced in playing T20 cricket, having played in different leagues all over the world, and we’re looking forward to the rest of the games in the league stages”.

New Zealand will look to continue their good show in the remaining matches. The Kiwis will be able to qualify for the semi-final if they win against Afghanistan. The Kane Williamson-led team will be red-hot favorites against Scotland and Namibia.

New Zealand will next take on Scotland on Wednesday at Dubai International Cricket Stadium.