T20 World Cup 2021: It was nice to set the tone with the ball first – Kane Williamson 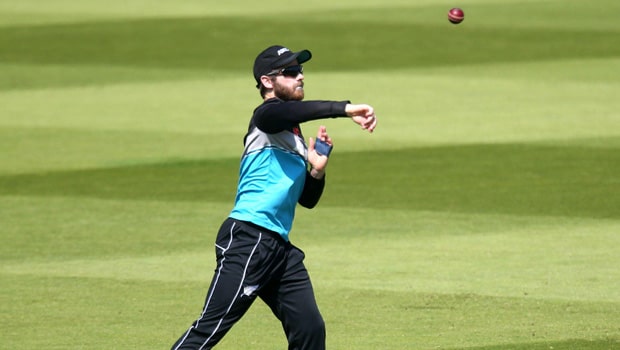 New Zealand skipper Kane Willamson heaped praise on his bowlers for setting up the game against Afghanistan at the Sheikh Zayed Stadium, Abu Dhabi on Sunday. It was a must-win match for the Kiwis as the semifinal berth was on the line and the Kane Williamson-led team was able to come up with a collective effort.

New Zealand’s pack leader Trent Boult was able to set up the game as he dismissed Hazratullah Zazai in the powerplay overs. Tim Southee and Adam Milne also bagged one wicket in the first six overs to put the opposition on the back foot at 19-3.

Boult then returned to dismiss Najibullah Zadran, who top-scored for Afghanistan with 73 runs. The left-arm seamer returned with three wickets and conceded only 17 runs in his four overs. Tim Southee bagged a brace whereas Adam Milne, Ish Sodhi, and James Neesham scalped one wicket each. Thus, the Kiwis bowlers played a key role in restricting Afghanistan to an under-par score of 124 runs.

On the other hand, Kane Williamson and Devon Conway got the Blackcaps over the line as they scored unbeaten knocks of 40 and 36 runs respectively to help their team a place in the T20 World Cup semifinal. Ergo, it was a clinical performance from the Kane Williamson-led team.

Williamson said in the post-match presentation, “It was a strong performance. We know how dangerous this Afghanistan side is, they have got match-winners in all departments. It was nice to set the tone with the ball first up, take some early wickets which is always good and restricting them to a below-par score on a 150-155 surface. In the second innings, we knew there were big threats to navigate and we tried to suck things up and get as close as we could. We would have batted first today, it’s not been the case in a number of the surfaces here. It’s certainly been a challenge to adjust quickly playing at three different venues. That’s the beauty of the game”

“We know we have got another strong challenge coming up in a few days’ time but really pleasing outing today for the team. Great fielding effort as well, that was outstanding. With the day games, it’s important to set the tone in the park and bring that energy and we saw that from everybody. They (England) are a very strong side, for us it’s important we keep learning and focus on the sort of cricket we want to play. It’s been an incredibly tough competition and we’ve seen a lot of tight games as well. We are looking forward to the occasion”.

New Zealand will face England in the semifinal and there is no doubt that they will have their work cut out against the Three Lions.