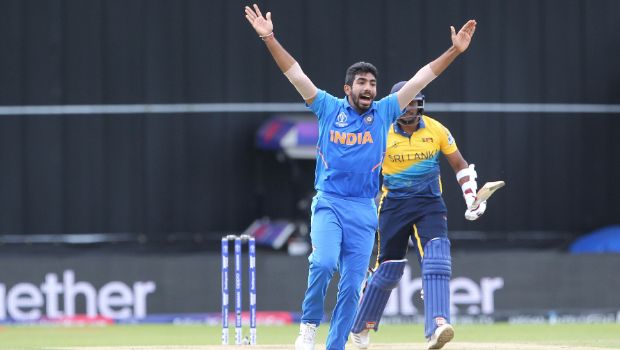 Team India made two changes to their playing XI in their second fixture of the T20 World Cup against New Zealand but none of them was Ravichandran Ashwin.

India could only post an under-par score of 110 runs and failed to get going as they lost wickets at regular intervals. On the other hand, only Jasprit Bumrah was able to take two wickets and the rest of the Indian bowlers remained wicketless.

Bumrah was asked whether Ravichandran Ashwin should have played against the Kiwis as the off-spinner has all the experience under his belt. Ashwin was not even picked in the four-Test matches against England and also didn’t get his chance in the first match against Pakistan.

In fact, it has also been noticed that the dew makes it difficult for the spinners to grip the ball in the second innings and get help from the surface. Furthermore, Ashwin didn’t have a great IPL 2021 for Delhi Capitals as he could only scalp seven wickets in 13 matches.

Jasprit Bumrah said in the post-match conference, “See, in hindsight, we could say a lot of things. In hindsight, we would have loved a lot more runs and a lot more wickets. He is an experienced bowler. Obviously, he adds value to the bowling attack whenever he comes. But in hindsight, it’s very difficult. As I said, there’s dew in the second innings so the ball doesn’t grip and the options become very little and rare for the bowlers. You know, the margin of the error goes down. So in hindsight, you might say that ‘OK he might have made a difference but it’s too difficult to judge right now.”

India has now lost both their matches in the T20 World Cup and it looks like they will be knocked out of the tournament. Team India will require favors from Afghanistan to have some chance to make it to the final four. Bumrah revealed the morale of the team after another big loss, which has almost shut down their semifinal doors.

Bumrah added, “See, as a sportsman, you face a lot of days in cricket. Some days will be good, some days will be bad. What I try to do this is not getting very high when good days happen and not getting very low when bad days happen. All of these things are always a part and parcel of a cricketer’s life. Trying to stay in the moment, analyze what went wrong and what went well – that’s the only way you can move forward in this game.”

The Virat Kohli-led team will next face Afghanistan at Sheikh Zayed Stadium on Wednesday.