T20 World Cup 2021: Match against New Zealand is do or die for India – Zaheer Khan 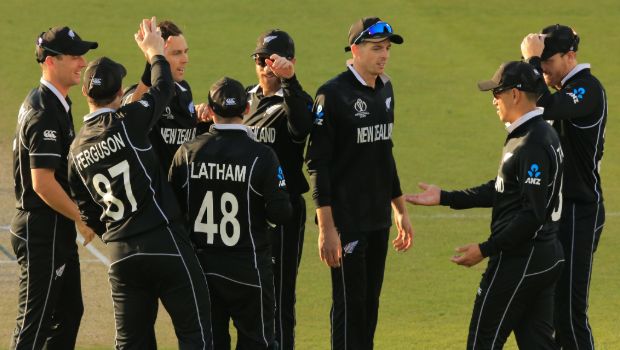 Former Indian fast bowler Zaheer Khan reckons the match against New Zealand is do or die for the Indian team. India didn’t get off to a good start in the ongoing T20 World Cup 2021 as they lost their opener against arch-rivals Pakistan by 10 wickets.

As Pakistan went on defeat New Zealand, which is the other big team of the group, the Men in Green have got one foot into the door of the semifinal.

Thus, it is expected that the clash between India and New Zealand will almost be like a virtual semifinal as Afghanistan, Scotland and Namibia are the weaker though the Afghan team can surprise anyone on their day.

Meanwhile, New Zealand is always known to punch above its weight and it is not going to be easy for the Indian team to get past the Kiwis. Ergo, the Virat Kohli-led team will need to bring their A-game to the table.

In fact, New Zealand also lost their opening clash against Pakistan but went down fighting as they took five wickets and made the run chase difficult for Babar Azam’s team. Khan feels India should wary of the Kiwis as they have a formidable unit.

“We all know that if India plays to their potential, no team will find it easy to stand against,” Khan said while talking to Cricbuzz, before adding, “it is always important for a side to catch up the winning momentum at the earliest, especially in the World Cup. This time India have lost their first match and should make sure it isn’t too late. The next game against New Zealand is a do or die one.”

“One thing is sure is that New Zealand wants to win every match and have great enthusiasm,” said Khan.

“Yes, the Pakistan result didn’t go their way, but the fight that they showed was brilliant. They didn’t score many runs in the first innings, but the effort that they put in the bowling and fielding, states that they never ever lose their hope. And India should be wary about it,” he added.

The Virat Kohli-led team will next face the Kiwis on Sunday in Dubai.