T20 World Cup 2021: Match Prediction for the game between Afghanistan and Pakistan 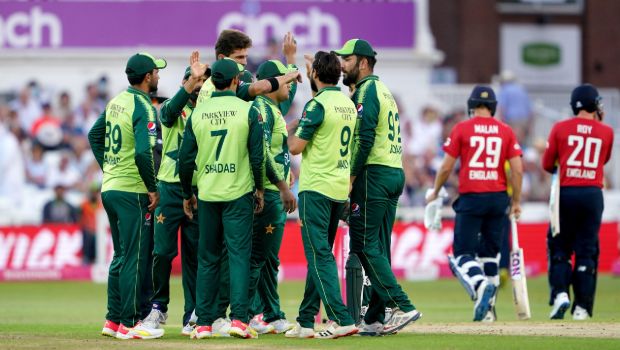 Afghanistan and Pakistan will lock horns against one another in the 24th match of the T20 World Cup at the Dubai International Cricket Stadium on Friday.

Pakistan has almost sealed its place in the semifinal and if they manage to beat Afghanistan, they will surely make it to the last four. Afghanistan, on the other hand, won their opening match convincingly by 130 runs against Scotland.

Pakistan is looking like the best team of the tournament and they are certainly a team to look out for in the competition. The Men in Green are ticking the right boxes as a unit and have won both their matches against India and New Zealand. Thus, they will look all set to go all the way and will look to continue their good show.

Afghanistan came up with a fine performance against Scotland as they won by a gargantuan margin of 130 runs. The Afghan team has quality players like Rashid Khan, Mohammad Nabi, and Mujeeb Ur Rahman and they have the skills to upset any opposition on their given day.

Pakistan has won one match against Afghanistan they have played against their neighbors.

Match Prediction: Pakistan will enter the contest as favorites against Afghanistan.