T20 World Cup 2021: Match Prediction for the game between Australia and Sri Lanka 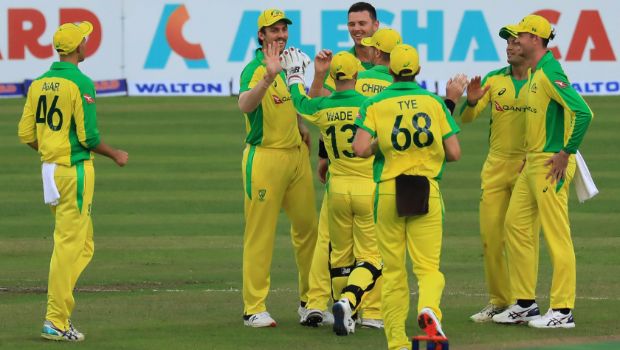 Australia and Sri Lanka will face each other in the 22nd match of the T20 World Cup 2021 at the Dubai International Cricket Stadium on Thursday.

Both of these teams had won their respective opening matches and they will look to continue the winning momentum in the marquee event.

Sri Lanka has been in good form and made a perfect start to the Super 12 campaign as they won their opener against Bangladesh. The Island nation had conceded 172 runs against the Tigers but they were able to chase it down as Charith Asalanka and Bhanuka Rajapaksa played fine knocks to get their team over the line.

Australia also made a winning start to their campaign as they won a thrilling match against South Africa. The Aaron Finch-led team had bowled brilliantly as Josh Hazlewood was the pick of the bowlers but they will look to come up with a better batting performance as they had got just over the line in the run-chase of 119 runs.

It is an even battle between these two teams as far as the head-to-head battle is concerned.

Match Prediction: Australia will enter the contest as favorites against Sri Lanka.