T20 World Cup 2021: Match Prediction for the game between India and Afghanistan 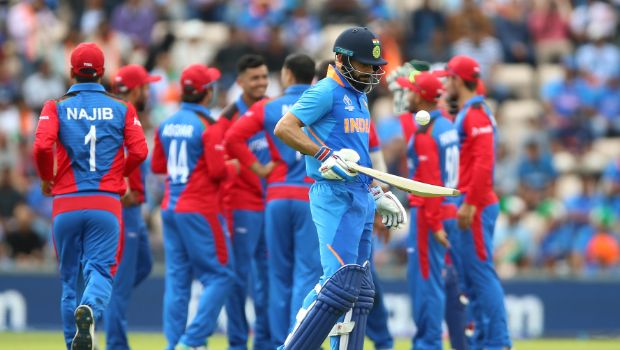 India will lock horns against Afghanistan in the 32nd match of the T20 World Cup 2021 at the Sheikh Zayed Stadium, Abu Dhabi on Wednesday.

Team India has lost both their matches in the T20I showpiece and it is not going to be a cakewalk for them against an unpredictable Afghanistan team.

India hasn’t been at their best and they have failed to come up with a collective batting performance. The Virat Kohli-led team could only post 151 runs against arch-rivals Pakistan and then they could only manage 110 runs against New Zealand.

Furthermore, India’s bowling has looked toothless as they have failed to trouble the opposition batters. Thus, Team India will need to pull up their socks.

Afghanistan won their previous match against Namibia by a massive margin of 62 runs. The Afghan spinners are world-class and they can trouble the out-of-form Indian batters. The Mohammad Nabi-led will have their work cut against India but they certainly have the potential to cause an upset.

India has won both their matches against Afghanistan.

Match Prediction: India will enter the contest as favorites against Afghanistan.