T20 World Cup 2021: Never thought it was in the bag – Aaron Finch after Australia’s thrilling win 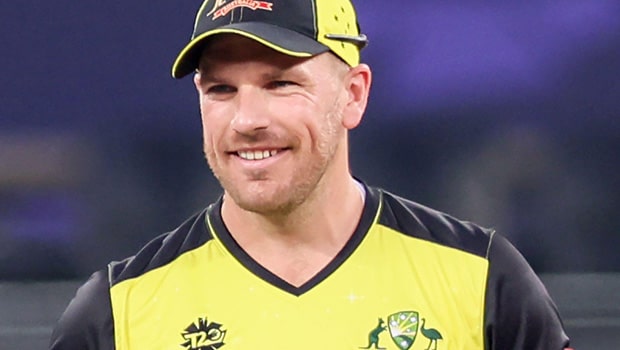 Australia’s captain Aaron Finch admitted that he never thought the semifinal match against Pakistan was in the bag at the Dubai International Cricket Stadium on Thursday. Australia was on the back foot as they needed 81 runs off 41 balls when Matthew Wade joined forces with Marcus Stoinis.

With almost 12 runs/over needed, Pakistan had their noses ahead as Australia had lost five wickets. However, Matthew Wade and Marcus Stoinis were able to turn the tables as both of them batted at the top of their game.

Wade scored 41 runs off just 17 balls whereas Stoinis scored 40 runs off just 30 balls to get their team over the line by five wickets. The pair added 81 runs off just 35 balls as they brought their best when it mattered the most.

Australia scored 62 runs in the final four overs and both Wade and Stoinis played an instrumental part in the team’s thrilling win.

Aaron Finch said while talking in the post-match presentation, “Never thought it was in the bag. It was a great game of cricket. The way Wade held his nerve at the end was amazing. That partnership with Stoinis was crucial. I got my feet in a tangle and opening batsmen do get a few good balls now and then in T20 cricket”.

On the other hand, Finch admitted that they were a bit sloppy in the field as they dropped a couple of chances and they will need to come up with a better show in the final against New Zealand.

Finch added, “We were sloppy today in the field, a couple of tough ones. We need the support of all 17 players to get across the line. We have played some really good cricket in the back end. Teams chasing have been successful. There is no dew, the lights take effect. I was hoping I’d lose the toss, bat first and put up a good score on the board”.

Australia would be delighted with their performance and they were able to get over the line after fine knocks from Marcus Stoinis and Matthew Wade. Furthermore, David Warner also played a key role as he scored a vital knock of 49 runs.

Australia and New Zealand will take on each other in the final of the T20 World Cup on Sunday in Dubai.