Home » Cricket » T20 World Cup 2021: Only India can explain why they did not select Chahal and benched Ashwin – Salman Butt

T20 World Cup 2021: Only India can explain why they did not select Chahal and benched Ashwin – Salman Butt 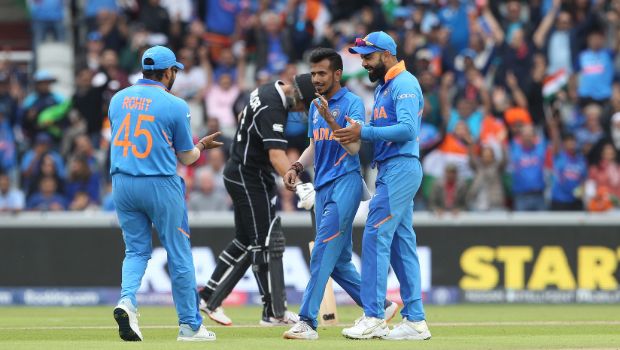 Chahal was in great form in IPL 2021 for Royal Challengers Bangalore as he scalped 18 wickets in 15 matches and bowled with an impressive economy rate of 7.05.

On the other hand, Ravichandran Ashwin has been selected in India’s World Cup squad but he didn’t play in the opening match against arch-rivals Pakistan, which the team went on to lose by a big margin of 10 wickets. In fact, Ashwin was not at his best during the IPL 2021 as he scalped only seven wickets in 13 matches for Delhi Capitals.

Furthermore, Ashwin didn’t even get a play a single Test match against England, which was a bit surprising.

“India has a good pool of players but in conditions like Dubai, you ought to have people who can bowl 140+,” Salman Butt said on his YouTube channel. “You need to have 2-3 options. Medium pacers are not successful here. You need to have perfect spinners or pacers who can clock 140+ consistently unless they are all-rounders. India has quick bowlers but they didn’t select them. And it is not just 140 kmph, it should be quicker as well.”

Butt feels India doesn’t have a quality bowling line-up for the T20 World Cup as they haven’t made the ideal selection.

“Australia has three solid pacers. Afghanistan has three excellent spinners. India has Ashwin and Jadeja. Only India can explain why they did not select Chahal and why they benched Ashwin.”

The former Pakistan captain feels the in-form Shardul Thakur should play in place of Hardik Pandya if the latter is unfit. However, according to the latest reports, Pandya has passed the fitness test and also bowled a couple of overs in the practice session.

“If they are unfit, then India should go with Shardul Thakur. Shardul Thakur has a habit of taking wickets at regular intervals. He also has the capacity to score runs. He batted brilliantly in England. So I think he can play. Chahar, if he is in the squad, is also a good option. He was in the CSK team. I think he is good enough to bowl. These two players can bat well also.”

India will take on New Zealand on Sunday in Dubai.