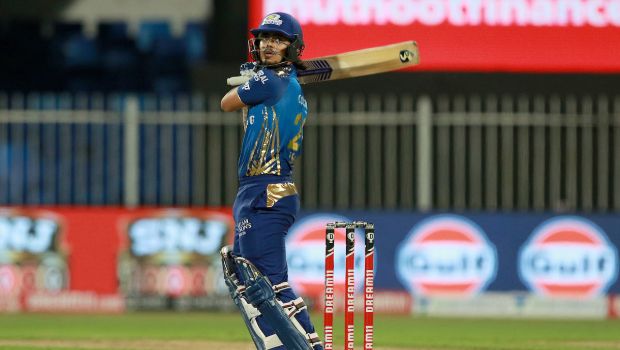 After losing the first match against arch-rivals Pakistan by 10 wickets, Indian captain Virat Kohli had stated that they are not a team that will press the panic buttons early in the tournament.

However, former Indian opener Virender Sehwag believes Team India pressed the panic button against New Zealand at the Dubai International Cricket Stadium on Sunday as they opened the innings with Ishan Kishan and KL Rahul.

Ishan was added to the final XI in place of Suryakumar Yadav and he was backed to open the innings. However, Sehwag feels as Ishan Kishan mostly bats aggressively, he could have batted anywhere in the batting order. Kishan could not make an impact as he could only manage four runs before he was dismissed by Trent Boult.

Rohit Sharma, India’s most experienced batter was pushed down to number three, which was an absurd decision. Sehwag recalled the 2007 World Cup incident when he opened the innings with Robin Uthappa.

Sehwag said while talking to Cricbuzz, “I always talk about how in the 2007 World Cup we had a mountain named Sachin Tendulkar, but he wasn’t opening the innings and two other small mountains were opening. One was Virender Sehwag and the other was Robin Uthappa.”

“Like he (Kishan) bats aggressively at the top of the order, he can do the same in the middle order as well. I feel they have pressed the panic button by saying that Ishan Kishan will open and… (Rohit Sharma) will bat in the middle order.”

The clash against New Zealand was a virtual quarterfinal and now a miracle can only save India. Sehwag feels it could be the end of the road for the Indian team in the T20 World Cup.

“It’s not easy to suddenly adjust to batting in the middle order for either of them. It would have been easier for Ishan Kishan because he has opened in only a handful of games. It’s possible India will be out of the World Cup today.”

India will next face Afghanistan at the Sheikh Zayed Stadium on Wednesday.