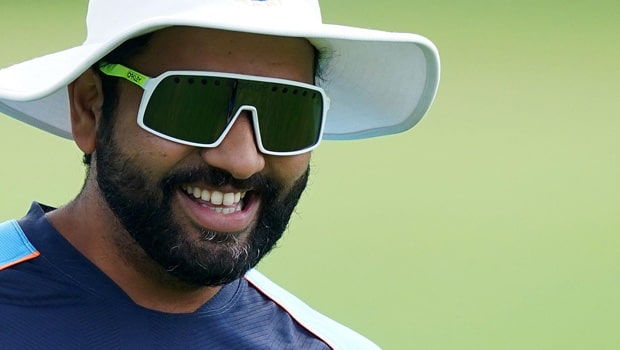 After two failures with the bat in the first two matches, Rohit Sharma, and by extension, Team India finally arrived to the party in the T20 World Cup. Against Afghanistan, the duo of Rohit and Rahul didn’t take long to get off the block and got into their groove pretty early. This gave them the confidence to take on the spinners and set the tone for the rest of the match, something the top order failed to do against Pakistan and New Zealand.

Rohit Sharma led the way with a fantastic knock of 74 off 47 and along with KL Rahul, he stitched India’s highest-ever partnership in a T20 World Cup innings (140). Late flourishes from Rishabh Pant and Hardik Pandya, both striking at over 200 allowed India to bring up the highest total in this year’s T20 World Cup and they managed to defend it with ease, thus securing a 63-run win.

Reflecting on his team’s performance, Rohit Sharma was clearly enthusiastic and mentioned that this is the brand of cricket that they wanted to play even in the first couple of matches. At the post-match press conference, he said, “We know that if we lose any game from now on, we are out of the tournament. So we have to win everything. When you are in that kind of a situation, you have to play fearlessly and not think about what is happening elsewhere.”

Following the defeats to Pakistan and New Zealand, there was a considerable outrage and backlash against the team. Despite that, the Men in Blue resisted pressure from all corners and proved their mettled against a tricky opposition in Afghanistan who have the ability to surprise. The kind of cricket that they played tonight defines the team said Rohit Sharma.

“We are a very good team, it is just that we were not good on that particular day against Pakistan and New Zealand. The game we played today sums it up that this is the kind of team we are. When we play fearlessly, this is what we get,” he concluded.