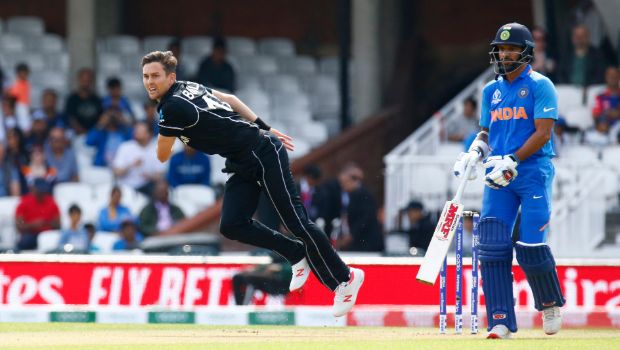 Former Indian legendary batter Sunil Gavaskar has raised questions on India’s selection changes which the team made against New Zealand at the Dubai International Cricket Stadium.

However, Kishan opened the innings with KL Rahul, and Rohit Sharma was pushed down the order. Rohit was dismissed on a golden duck against Pakistan and he was not backed to open against New Zealand. In fact, earlier Virat Kohli had stated that Ishan Kishan will be the team’s backup opener.

Gavaskar was flabbergasted by the team’s move to demote the experienced Rohit Sharma and he feels the talisman was indirectly told that the team management doesn’t trust him to face Trent Boult. Rohit has had some issues while playing against the left-arm seamers, who have the ability to get the ball back into him.

However, the linchpin was dismissed by Ish Sodhi as he holed out at long-on after he scored a run-a-ball 14.

Gavaskar reckons it would have been better had Ishan Kishan batted at either number four or five as he is a hit and a miss player. Kishan is known to hit the ground running and his aggressive batting but he could only score four runs.

“Ishan Kishan is a hit-or-miss player and it is better if a batsman like him walks in No.4 or No.5. He could then play according to the situation of the game. Now what has happened is that Rohit Sharma has been told that we don’t trust you to face the left-arm fast bowling of Trent Boult,” Gavaskar said while talking to India Today.

“If you do that to a player who has been playing at a position for so many years, he himself will think that maybe he doesn’t have the ability. If Ishan Kishan had made 70-odd runs we would have applauded. But when the ploy doesn’t work, you are going to be criticized,” he added.

“I don’t know if it is a fear of failure but I know that whatever changes they made to the batting order today did not work. “Rohit Sharma is such a great batsman and he has been sent in at No.3. Kohli himself, who has made so many runs at No.3 demotes himself to No.4. A young player like Ishan Kishan has been given the responsibility of opening the batting,” Gavaskar signed off.

Rohit Sharma has all the experience under his belt and one feels he should have opened with KL Rahul. It seems that India hit the panic buttons too early after losing their opening match against Pakistan.