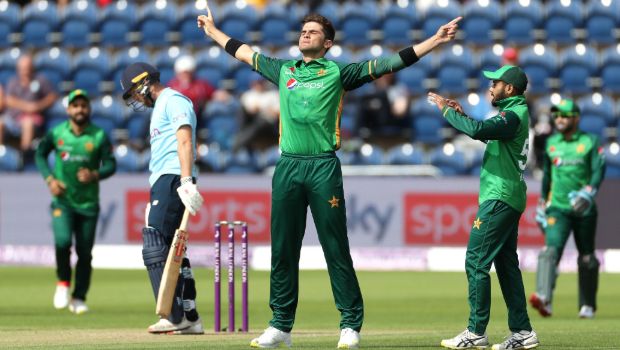 Afridi bowled a fiery opening spell as he got the ball to swing at express pace and the Indian openers had no answers to his onslaught.

The left-arm pacer got the big wicket of Rohit Sharma on the fourth ball he bowled as he got the ball to tail back in, at the yorker length. India’s vice-captain was plumbed in front and then Afridi bowled a jaffa to get rid of KL Rahul in his second over.

India lost two wickets when only six runs were added to the board. Furthermore, Hasan Ali dismissed Suryakumar Yadav as India struggled to find any kind of impetus in the powerplay overs.

Afridi then also got the big wicket of Virat Kohli in the death overs and the Indian captain was finally dismissed by Pakistan for the first time in T20 World Cup.

Afridi spell was the real game-changer as he returned with impressive figures of 3-31 in his four overs and was deservingly named as Player of the match. Pakistan was able to restrict India to a below-par score of 151 runs and then Babar Azam and Mohammad Rizwan batted beautifully to take their team over the line.

Aakash Chopra said on his YouTube Channel, “My Player of the Match is Shaheen Shah Afridi. Shah defeated India and the way he did it. You do win the toss and bowl first but India’s cream is at the top, you get a lot of quality batting there.”

“He got Rohit Sharma out at the start in the first over and then KL Rahul in the second over. Those deliveries were unplayable balls at 145 mph and he was getting the ball to swing, pitching it up, hitting the pads or the stumps. This is phenomenal.”

Pakistan has had a history of producing quality left-arm pacers right from Wasim Akram to Mohammad Amir to now, Shaheen Shah Afridi, who was brilliant on Sunday. Chopra added that Afridi is taking the legacy forward for Pakistan.

“That bowling quality, two spells were remembered – one that Mohammad Amir bowled in the Asia Cup and then again Mohammad Amir in the Champions Trophy. Pakistan has got another left-arm fast bowler. They have had a very good legacy and Shaheen Shah Afridi is taking it forward.”

Pakistan has got off to an ideal start and they will next face New Zealand on Tuesday.