T20 World Cup 2021: Thankful to the support staff for backing me – Mitchell Marsh 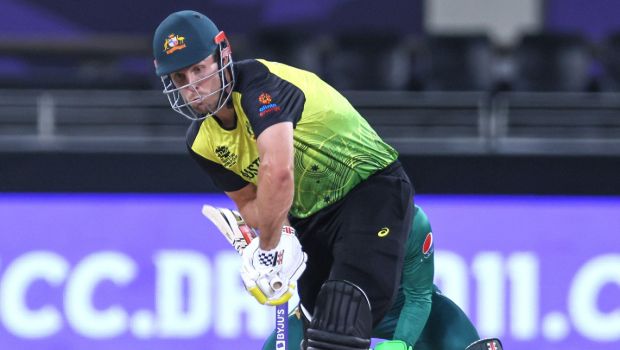 Australia’s all-rounder Mitchell Marsh has had a career with many ups and downs. Marsh’s career has always been plagued with a plethora of injuries, which has impeded him to play up to his potential.

However, Marsh has finally grabbed his opportunity while playing at number three for Australia in T20I cricket.

Marsh played the innings of his life as he scored an unbeaten knock of 77 runs off just 50 balls in the T20 World Cup final against New Zealand at the Dubai International Cricket Stadium on Sunday. Thus, Australia was able to chase 173 runs with eight wickets in hand and clinched their maiden T20 World Cup title.

Marsh was able to hit the blocks right away as he smashed a six on the first ball he faced. The right-hander hammered the ball like a butcher and timed the ball to perfection. Marsh made his intentions clear from the get-go and catapulted his attack on the opposition.

The all-rounder, who has turned his T20I career in 2021, scored six fours and four sixes in his blistering knock. Thus, he was awarded the Player of the match for his fine knock.

Meanwhile, Marsh was backed by the team management to bat at number three as Australia was not playing with its full-strength team before the T20 World Cup. In fact, Australia had lost the T20I series against India, England, New Zealand, West Indies, and Bangladesh and not many had put their money on them to go all the way in the T20 World Cup.

Mitchell Marsh said while talking in the post-match presentation, “Lot of people say this but I really don’t have words right now. An amazing six weeks with this group. Coaching staff came up to me in the West Indies and said you’ll bat three for this tournament/series.

Absolutely jumped at the idea of that. Done a little bit of that for the Scorchers. I must thank everyone in the supportstaff for backing me. Not a whole lot of thinking that goes into that (first ball for six). Just wanted to go out there and have a presence. Big Marcus Stoinis always talks about having a presence”.

Marsh had an amazing campaign at the T20 World Cup as he scored 185 runs in five innings at an impressive average of 61.67 and a blistering strike rate of 146.87. Marsh has been successful in turning the corner and he is hitting the ball like a dream.