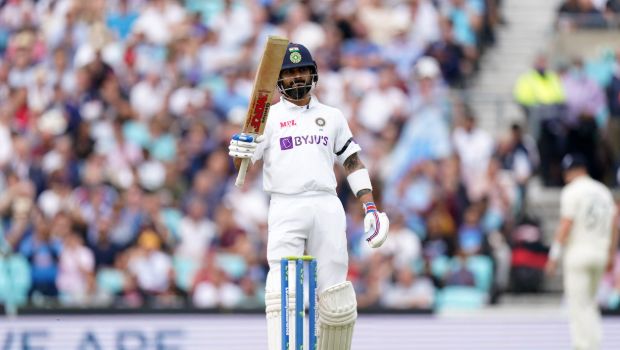 Despite the ignominious defeat against Pakistan in the team’s T20 World Cup 2021 opening match, former Indian wicket-keeper Deep Dasgupta feels there were some positives for the Indian team.

India was rocked on the backfoot by Shaheen Shah Afridi as the Pakistan pacer dismissed both of the opposition’s openers in the first two overs he bowled.

However, Virat Kohli once again showed his class when he was put under immense pressure. Kohli hasn’t been at his absolute best in the recent past however he was able to absorb the pressure and showed all his experience as well as guile to take India to a fighting score.

The Indian skipper scored his 29th T20I fifty and batted at the top of his game when the opposition had their noses in front. Kohli looked composed at the crease and timed the ball to perfection to get his runs. Kohli scored 57 runs off 49 balls with the help of five fours and one six and he had to do the rebuilding work after India lost three early wickets in the powerplay overs.

Kohli’s knock was instrumental in taking India to a fighting score of 151 runs despite the early trouble but it wasn’t enough in the end as Pakistan cruised to a convincing 10-wicket win and got off to a perfect start in the T20I showpiece.

While speaking on his YouTube channel, Dasgupta said: “Virat Kohli played a good inning. To be honest, the biggest positive that came out of the game for India, is that Kohli looked in form. The Old Kohli, the one we are familiar with, turned up to bat.”

The former wicket-keeper batter added that India has been handed a reality check and they will need to ponder on where they stand as a unit. The Virat Kohli-led team will need to make a solid comeback.

Dasgupta added: “This was just the first match, I know Pakistan is a direct competitor when it comes to qualifying, but in the bigger scheme of things, it’s not a complete negative because India has been handed a reality check with this loss. They have to look where they are, where other teams are, and what else needs to improve. There is a big game coming up against New Zealand on the 31st, so India has a lengthy break.”

India will next face New Zealand on Sunday and they will look to bounce back stronger.