Home » Cricket » T20 World Cup 2021: There is a question mark over the mindset – VVS Laxman on India’s batting performance

T20 World Cup 2021: There is a question mark over the mindset – VVS Laxman on India’s batting performance 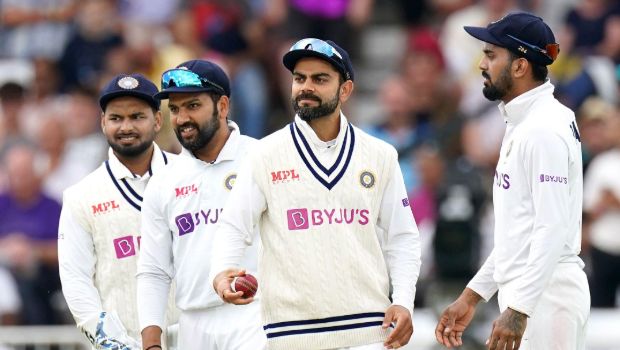 Former Indian batter VVS Laxman has raised question marks on the mindset of India’s batting unit after the team suffered their second loss of the ongoing T20 World Cup 2021 at the Dubai International Cricket Stadium on Sunday.

India could only post a meager score of 110 runs against the Kiwis and the batting line-up just could not get going.

In fact, India could only manage 151 runs against Pakistan in their opening clash. India’s batting unit has let the team down with their performance and they haven’t been able to bring their best to the table.

India lost three early wickets in the high-voltage clash against Pakistan while they lost two wickets against New Zealand in the powerplay overs. The team’s batting unit hasn’t been able to come up with a collective effort and they haven’t been able to tick the right boxes.

Laxman feels that the mindset of the team is not right for the shortest format of the game.

VVS Laxman said while talking to Star Sports, “There is a question mark over the mindset because the mindset with which you need to play T20 cricket was not seen. We saw a fearful mindset and batting. It was a disappointing performance from the batters because there is no lacking of experience or talent.”

India lost both their openers in the powerplay overs, which put the team on the ropes. Furthermore, India played 54 dot balls, which is a lot in T20 cricket. The team scored eight fours and two sixes and failed to rotate the strike at regular intervals.

“But you need to bat fearlessly when you play T20 cricket but the tentativeness was seen in the body language. When you lose two or three wickets in the powerplay and don’t rotate the strike in the middle overs, the dot ball percentage increases and the pressure mounts on you. The shot selection was also slightly wrong.”

Laxman added that he wants to see a change in the mindset of the team’s batters in their next match against Afghanistan.

“The only change I will want to see is the mindset. If you play your natural game against Afghanistan and with the positive mindset, you can definitely maintain pressure on the Afghanistan bowlers.”

“You cannot lose wickets in the first six overs because the middle order will come under a lot of pressure if you lose two or three wickets. They will also have to pay attention to the net run rate.”