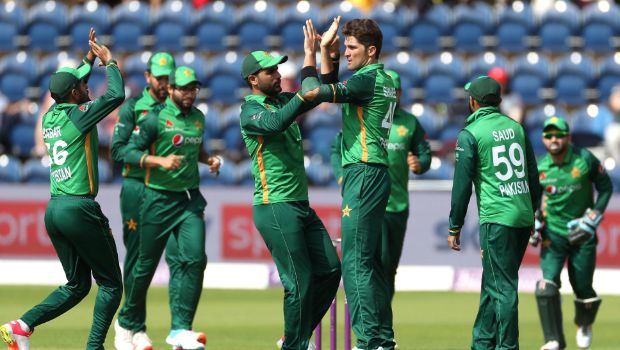 Former Indian opener Aakash Chopra has heaped praise on Pakistan for their sublime form in the ongoing T20 World Cup.

Pakistan convincingly won their opening fixture against arch-rivals India by 10 wickets and then continued their good form against New Zealand as they won by five wickets at the Sharjah Cricket Stadium on Tuesday.

Thus, Pakistan has won both their matches against two big teams of the group and looks all set to qualify for the semi-finals if they continue their prolific form. In fact, a lot of cricket experts feel that the Men in Green have got their one foot into the knockout stages.

Pakistan has come up with collective efforts in the first two matches and they are reaping the rewards for their good performances. It is expected that the Babar Azam-led will win against teams like Scotland and Namibia and Afghanistan will be the only team that can now challenge Pakistan in Group 2.

Aakash Chopra said while talking on his YouTube Channel, “This team is looking as good as gold. In the first match, it was Shaheen Shah Afridi with the ball, and with the bat, it was Babar Azam and Mohammad Rizwan. When the second match came in Sharjah against New Zealand – Haris Rauf comes with the ball, Asif Ali and Shoaib Malik with the bat.”

Chopra added that Pakistan is almost set to qualify for the semifinals.

“Of course, Rizwan also contributed but the truth is that Pakistan has won two out of two encounters, they have got six different heroes in two encounters. They have defeated New Zealand and India, it means a semi-final spot is confirmed even if they play to 80% of their potential.”

Chopra heaped praise on Pakistan fast bowler Haris Rauf. The right-arm pacer bowled at the top of his game as he scalped four wickets and conceded only 20 runs in his four overs against New Zealand. Furthermore, Shoaib Malik and Asif Ali added the finishing touches for their team.

“Harif Rauf was absolutely sensational, the way he bowled on a pitch that did not have that much help for the fast bowlers. The ball is hitting the bat at pace, 145 clicks. Hasan Ali and Shaheen Shah Afridi also bowl fast. Pakistan’s pace-bowling factory is back on track.”

“When the team was stuck Shoaib Malik came and said that the price of almonds does not fall because of new peanuts coming into the market. Asif Ali was there along with him, Asif’s hitting was actually the game-changing moment.”

Pakistan will next face Afghanistan on Friday in Dubai.