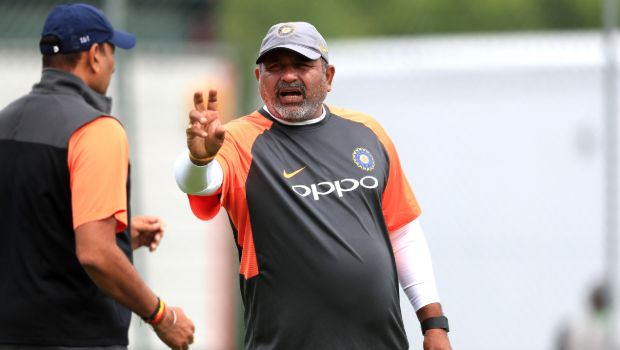 India lost their opening two matches against Pakistan and New Zealand and they always needed a miracle to stay alive in the tournament.

The Virat Kohli-led team needed Afghanistan to beat New Zealand on Sunday but the Kiwis were able to seal their semifinal berth after beating the Afghan team by eight wickets. Meanwhile, Virat Kohli lost the toss against Pakistan and New Zealand and the team had to bat first in both these matches.

India could only manage 151 runs against Pakistan and then could post a mere total of 110 runs against the Blackcaps. The dew conditions then made it difficult for the Indian bowlers to create any kind of impact and they just could not cause any kind of trouble to the opposition batters. In fact, India could only take two wickets in the first two matches of the T20I showpiece.

Furthermore, the batters failed to put enough runs on the board as the Indian team lost wickets in the powerplay overs, which put them on the back foot from the get-go.

Speaking in the pre-match press conference ahead of the India vs Namibia match, Bharat said, “I am not trying to give any excuses but I think in this World Cup the trend has been the team that wins the toss has a big advantage especially when you are in playing in Dubai. The wicket kind of eases out when you come out to bowl the second time. These are no excuses. We should have done better, we should have batted better. In the first match, we had the chance to defend a good total, but we looked a little below par.”

Arun, who has done a fabulous job as the bowling coach of the Indian team since his appointment, added that the toss gives an undue advantage to the team which wins it.

He said, “The toss should not be of any consequence. But here, the toss gives a very undue advantage. And that’s the reason why there is a huge change while batting in first innings and second innings. That should not the case in a very short format.”

India will play their last match of the T20I World Cup against Namibia on Monday.