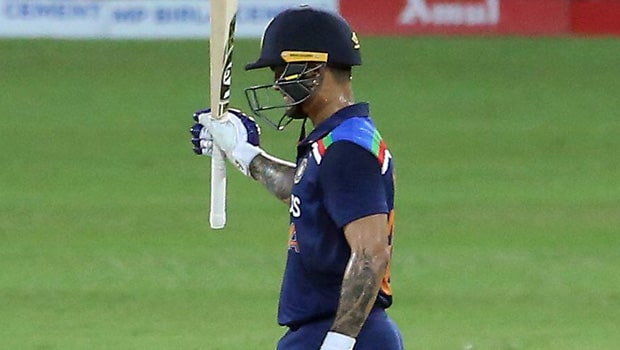 An eight-wicket loss to New Zealand preceded by the humiliation at the hands of Pakistan in the first match has left India’s T20 World Cup hopes dangling by a thread. Losing the toss once again, India had to bat first and couldn’t make an impact this time around either.

The Men in Blue did make a couple of changes following the match against Pakistan. In came Ishan Kishan and Shardul Thakur in place of Suryakumar Yadav and Bhuvneshwar Kumar respectively. India ended up opening the batting with Ishan Kishan and KL Rahul, a move that didn’t go down well with former dynamic opener Virender Sehwag.

Citing an example from the 2007 World Cup, Sehwag said that the opening pair of Rohit Sharma and KL Rahul is well established much like Sourav Ganguly and Sachin Tendulkar’s partnership 14 years ago. That shouldn’t have been meddled with. Ishan Kishan, being a rookie, could’ve been accommodated elsewhere.

Sehwag also mentioned that Ishan Kishan’s aggressive top-order approach could also work well in the middle-overs, especially against spin bowling. India seemed to be stuck in a rut against Mitchell Santner and Ish Sodhi tonight and Kishan’s left-handedness could’ve provided a solution there. Sehwag even accused the team of ‘pressing the panic button.’

“Like he (Kishan) bats aggressively at the top of the order, he can do the same in the middle order as well. I feel they have pressed the panic button by saying that Ishan Kishan will open and… (Rohit Sharma) will bat in the middle order.

“It’s not easy to suddenly adjust to batting in the middle order for either of them. It would have been easier for Ishan Kishan because he has opened in only a handful of games. It’s possible India will be out of the World Cup today,” he added.

Ishan Kishan usually bats in the middle order for his IPL team Mumbai Indians where Quinton de Kock and Rohit Sharma are the usual openers.