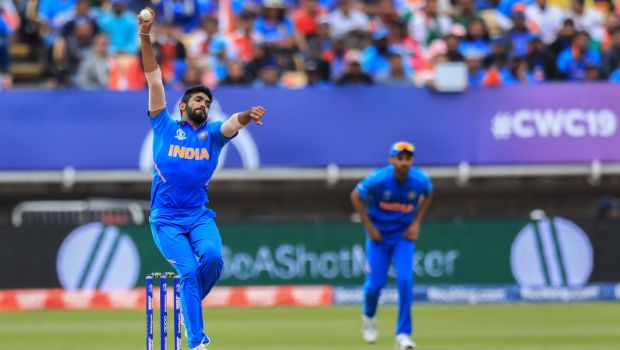 The Indian team could only manage 110 runs against New Zealand at the Dubai International Cricket Stadium on Sunday after Kane Williamson won the toss and decided to bowl first.

India’s gun fast bowler Jasprit Bumrah revealed that they wanted to get a cushion of some extra runs and thus their batters adopted an aggressive approach.

India had managed to put 151 runs on the board against Pakistan but could only get 110 runs against the Kiwis. The Men in Blue kept losing wickets at regular intervals and could not get going in their batting innings.

The Virat Kohli-led team lost two wickets in the powerplay overs and it pushed them on the backfoot. Furthermore, Rohit Sharma and Virat Kohli – India’s most experienced batters were dismissed cheaply by Ish Sodhi. In fact, the aggressive shots which the Indian batters tried all went to the Kiwis fielders and they were not able to pierce the gaps.

Bumrah added that as there is the dew factor in the second innings, they wanted to get to an above-par score and thus adopted an aggressive approach. However, it didn’t come off for the Indian team as they lost wickets at regular intervals.

India’s ace paceman admitted that their bowlers were not able to extract the same help which the New Zealand bowlers did in the first innings.

“When we bowled length balls in the second innings, it wasn’t holding in the pitch. But, in the first innings, as you must have seen, the pick up and pull shots weren’t coming off and shot-making was really difficult.”

“We had a discussion over the fact that in the last game as well the wicket got better in the second innings. That’s why we wanted those extra 20-25 runs so that we could cover for the change in conditions and bowlers could get some margin. The toss became a very crucial factor and that’s why we were keen on scoring as many as we could.”

India hasn’t been able to put enough runs on the board in both of their matches and their bowlers haven’t received much help in the second innings. Furthermore, India looks over-reliant on Bumrah in the bowling department.