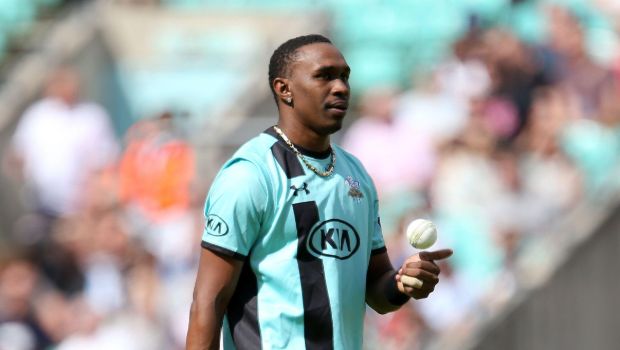 West Indies all-rounder Dwayne Bravo has confirmed that he will continue to play franchise cricket for another couple of years after playing his swansong for the Caribbean nation.

Bravo scored 10 runs off 12 balls against Australia and conceded 36 runs in his four overs in his final International outing in the T20 World Cup 2021 on Saturday.

Meanwhile, the all-rounder has had a glorious career of 18 years and he is regarded as one of the best death bowlers in the shortest format of the game. Bravo has been instrumental in the success of the Windies and he has definitely left a legacy behind.

In fact, Bravo had come out of retirement in 2019 to help West Indies defend their T20 World Cup crown but the Kieron Pollard-led team could not qualify for the semifinals.

“I will continue playing franchise cricket for a few more years as long as my body will allow me to,” Bravo said on Saturday. “My aim was to retire a few years ago, but with a change of presidency and change of leadership comes a change of heart, and I wanted to give back to West Indies because I was still in a good place physically and enjoy my cricket,” he said.

“I think this was the right moment for me to walk away from the game, and allow the next generation and young players who I share a very good friendship with to come through.

“They still see me around but more passing information around as policy and trying to give my experience back to the next group of players, and hopefully they can also have a 12 to 18-year career as well,” Bravo added.

As any other cricketer who plays the game at the top level for a period of 18 years, Bravo also had his ups and downs. Bravo recalled the special moments of his career and among them were making his Test debut at Lord’s against England, winning the Champions Trophy in 2004, and winning two T20 World Cups in 2012 and 2016.

“That was a special moment. Obviously, my childhood hero, Lara, was a captain. That was very special. Winning the ICC Champions Trophy in 2004 was another specialty moment for me.

“My first Test against South Africa, another special moment. And obviously, the two T20 World Cup was a special moment for me. It was good that I was able to have some success throughout my career.”

Dwayne Bravo can be proud of his wonderful career and he will be seen playing in different T20 leagues across the globe.