T20 World Cup 2021: You have to take your hat off to James Neesham – Eoin Morgan 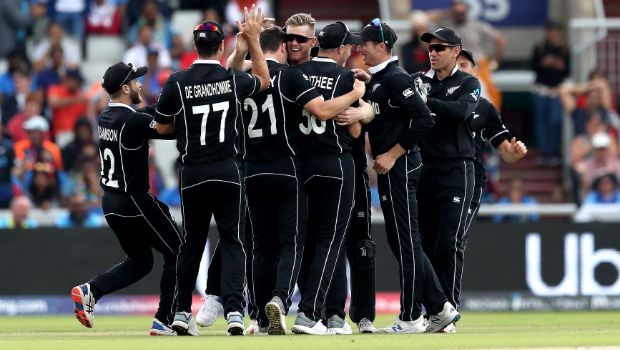 England skipper Eoin Morgan admitted that they were right in the game against New Zealand in the semifinal of the T20 World Cup at the Sheikh Zayed Stadium, Abu Dhabi on Wednesday until James Neesham came to the crease.

New Zealand went on to beat England by five wickets to book their place in the T20 World Cup final for the first time.

England had their noses in front as New Zealand needed 57 runs in the final four overs. However, Neesham was able to get going from the word go and got the crucial runs for his team in quick time. The left-hander scored a fine little knock of 27 runs off just 11 balls with the help of one four and three sixes.

New Zealand was able to get 23 runs off just one over against Chris Jordan as James Neesham took the specialist death bowler to the cleaners.

“Yeah, we’re devastated. To be on the wrong side of a close game is not easy to take. I thought we fought unbelievably well today on a wicket that didn’t necessarily suit our batting, but we managed to post in and around a par score. We were brilliant with the ball,” said Morgan. “We were right in the game probably until Jimmy Neesham came to the wicket, if not ahead of the game. I think throughout those innings everybody struggled to clear the ropes on both sides, and I think that was just the nature of the pitch. So yeah, you have to take your hat off to him. He played really well.”

“I thought Jimmy Neesham was probably the only guy that came out and was showing the ability to strike the ball cleanly from ball one. I think when you look at particularly our innings, our hitting ability within our squad is quite strong, and the indication that the guys didn’t feel like they could clear the ropes due to the nature of the pitch was a good indication that it wasn’t coming on to the bat that well. I think that continued throughout the Black Caps’ innings until he came to the crease,” added Morgan.

Meanwhile, England was able to get two early wickets of key New Zealand batters – Martin Guptil and Kane Williamson. However, an 82-run alliance between Devon Conway and Daryl Mitchell kept the Blackcaps in the contest.

“When you take two big wickets as early as we did, you feel ahead of the game. They were trying to, I suppose, steady the ship, and I think we managed to keep them at bay for quite some time, so they did well again to wrestle back momentum and then just obviously put them in a commanding position,” the England captain said.

It was another thrilling contest between two top limited-overs teams with New Zealand emerging victorious in the end.