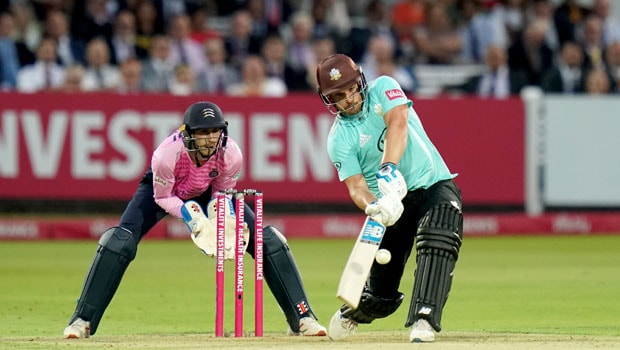 Australia’s white-ball skipper Aaron Finch is well prepared that the upcoming T20 World Cup could be postponed by two to three months due to the ongoing coronavirus pandemic. Finch doesn’t see the tournament starting as it is planned from October 18 in Australia. The final of the tourney is to be played on November 15.

On the other hand, Australian government has barred any foreigner’s entry till September 30 in the country. Thus, there are doubts if the T20 World Cup will be played during the scheduled window of October-November. However, Cricket Australia and the ICC have confirmed that they are planning to host the tournament as it is planned if the situation improves.

Furthermore, there are reports surfacing that the T20I showpiece could be hosted behind closed doors. Former Australian captain Allan Border and batsman Glenn Maxwell had recently said it will be difficult to host the T20I World Cup without any spectators. However, Finch believes that the players will need to get on with the game if there are no crowds.

The Australian captain recalled the first ODI against New Zealand which was recently played at the Sydney Cricket Ground without any fans in the stadium. Finch added that it was a bit odd in the beginning but then all the players got used to it.

“I think we might have to get our heads around a T20 World Cup that might be postponed for a month, two months, three months, whatever it has to be,” Finch told ‘SEN Radio’.

“But as long as we can get a live sport up and running. Whether that’s with crowds or not, I don’t think that makes any difference to the players.”

“We played one ODI against New Zealand with no crowd (and it) was really strange for the first four or five overs, but then you got into your work,” he said.

On the other hand, Australia is also set to host India for four Test matches later in the year. India is also expected to play three T20Is (which is to be played before the T20 World Cup) and as many ODIs against Australia. However, the same is subjected to the development of the coronavirus pandemic situation.

The ICC will be under pressure to defer the big event in Australia as the likes of Olympics, Wimbledon and other major sporting leagues in the world have been suspended or postponed. Hence, the governing body can only give a green light to the T20I World Cup if the present scenario improves drastically.